Though Super Neat missed Southampton Publick House’s Russian Imperial Stout 2011 release party on 1/29 (complete deets here), we Sunrise Highwayed to the East End restaurant/microbrewery last Sunday in attempts to secure some early-afternoon swigs of the dark lord on draft, since, in addition to the 650 bottles sold to the public during the event, a wittle bit was also made available on tap, as well.

Upon arrival at 40 Bowden Square, however, we discovered the RIS extinct. 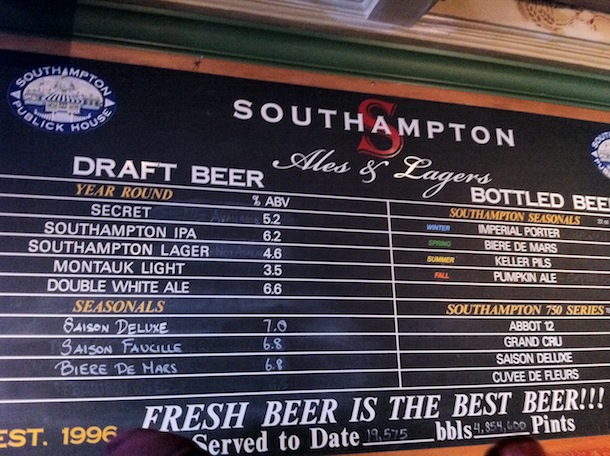 Fortunately, with Saison Faucille 2011* (also released on 1/29) still very much alive, and Biere de Mars recently birthed for the forthcoming spring season, our thirstings were fulfilled. 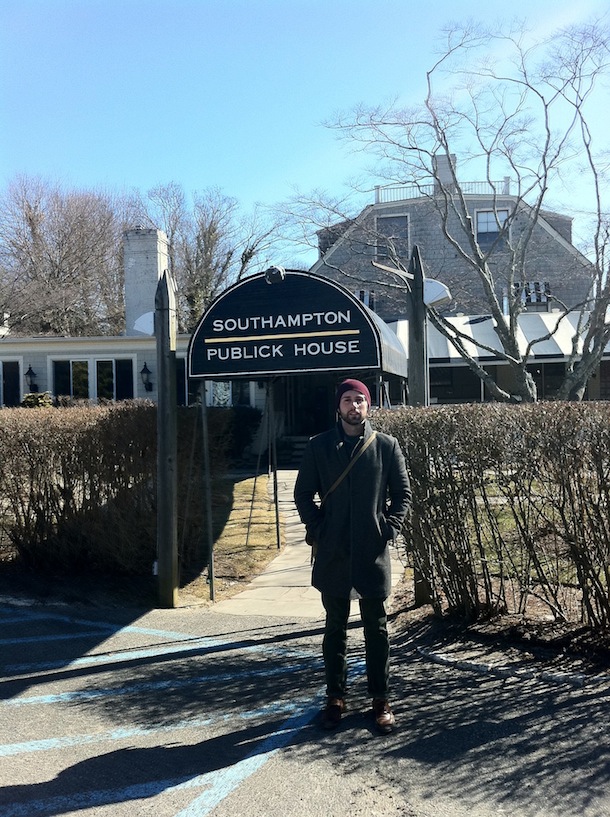