You many have heard singer-songwriter-guitarist Matt Lowell’s music on TV—such as ESPN, “The Real World,” or the “Everwood” DVD. Or perhaps you saw Lowell when he opened for acts like Marcy Playground, Eve 6 or Martin Sexton. The Oyster Bay native, and Berklee College of Music grad, just released his third EP, “Swan Lake,” which, by the way, was written long before the film “Black Swan” came out. In fact, the EP’s lush title track is more about the state of euphoria than despair:

“This song was a breakthrough for me,” reveals Lowell. “I felt enlightened when I finished it. The meaning lies in the idea of being able to break away, and the feeling of being so important to someone that they will follow you to the end of the earth just to see what can happen together. Paris is a theme in the song, ‘the city of love’… I wanted the song to create a feeling of euphoria—something bigger than life for me, and the listener. I hope some feel it.”

“Turret and Castanets,” about standing up for what you believe in, could be the theme song for the Wisconsin protesters, and Dems, hoping and waiting for compromise. And on the compelling leadoff track, “Sage and Manzanita,” about the ability to escape conflict, Lowell references the film “Inglorious Basterds.”

“Co-writer, John Vanderslice, and I agreed on everything aesthetically, and wrote the tunes together in four days,” notes Lowell. “I was reading a ton of classics at the time, a lot of Hemingway, F Scott Fitzgerald, Steinbeck and Saul Bellow. I think reading a great piece of literature creates breakthroughs in my songs, the story lingers around your brain for a little while. It eventually ends up in my songs subconsciously, but when sitting down to write it, I am not thinking about the books I’m reading or have read, but I know it’s in there somewhere.”

Lowell, who would love to open for the Black Keys or Arcade Fire, looks forward to performing a solo acoustic show on Thursday, March 10th at the Mercury Lounge. He goes on at 7pm, and you can expect to hear music from all of his records, along with some surprise covers. Look for a CD release party in early April. 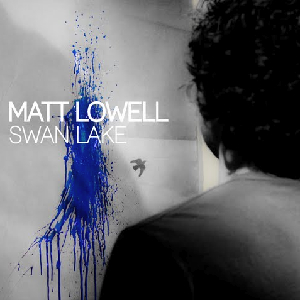