The following releases prove that not since the new wave of the late 70s has the U.K. had a hotter music scene. 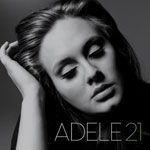 Adele
21
(XL/Columbia)
Her sophomore effort is an even stronger and more confident outing than Adele’s smash debut 19. Adele is a powerhouse of a singer and doesn’t waste time dressing her music in contemporary music clichés. Adele’s voice speaks for itself. 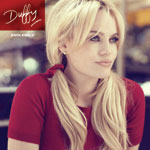 Duffy
Endlessly
(Mercury)
Duffy’s sophomore release, while not as wholly satisfying as Adele’s, proves the Welsh singer has many musical sides. Showing that she is not content to merely pay homage to 60’s pop, Duffy’s latest has a more modern edge and highlights her as an artist of today. Duffy is an artist with tremendous appeal who is clearly in it for the long haul. 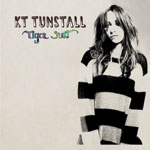 KT Tunstall
Tiger Suit
(Relentless/Virgin)
Don’t be fooled by Tunstall’s girlish visage and youthful energy. This is a woman with extraordinary talent and grit. This third album is yet another leap forward. Tunstall’s propulsive songwriter style is still intact, but other quirky songwriting ideas round out this superb collection of music. 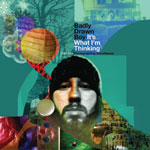 Badly Drawn Boy
It’s What I’m Thinking
(The End)
The brainchild of Damon Gough, Badly Drawn Boy’s albums have the same kind of “genius-at-work” feel that artists like Todd Rundgren and Stevie Wonder used to be able to pull off in the 70s. This is BDB’s fifth proper studio album and part one of a planned trilogy. This sweeping, tuneful, lush, brilliant album is one of the most masterful pieces of pop music to come out of the UK (or anywhere for that matter) in years. Gough’s songs and the ornate production make for an album listening experience that many probably think had long since faded away.

The Script
Science & Faith
(RCA)
On its second album, The Script proves how adept UK artists are at making pop music that rises above mere music for the kids. No doubt influenced by the likes of Maroon 5, the Police and maybe Coldplay, The Script members write catchy, hook-laden songs with just enough rock muscle to make for compelling music.