The Oscar-nominated heavyweights have beaten each other into submission and retired to home video. The gargantuan blockbusters are just a flicker of hype on the horizon. It can only be spring, the movie industry’s brief pause between the serious films of winter and the mindless fluff of summer. Often thought of as a dumping ground for weak movies, spring can also be an opportunity for quirky flicks to find some love. 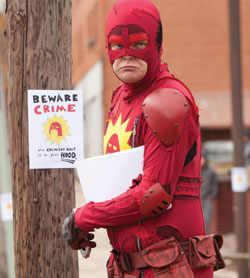 SUPER
Following in the colorful boots of Kick-Ass, Super is the latest in the recent cycle of movies about ordinary folks becoming superheroes. The Office’s Rainn Wilson stars as a nerdy short order cook who, inspired by a vision from God, becomes a masked superhero known as The Crimson Bolt to fight crime and rescue his drug-addicted wife (Liv Tyler) from the clutches of an evil crime boss (Kevin Bacon). His intermittently successful technique of beating criminals on the head with a pipe wrench gets a big boost when Libby (Ellen Page), the clerk at his local comic book store, becomes his sidekick, Boltie, and reveals that she has a real talent for inflicting brutal violence on evildoers. Super is an ungainly mixture of comedy, gore, romance and spirituality, but ultimately proves irresistibly charming. 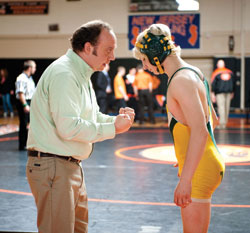 WIN WIN
Paul Giamatti stars as a small town lawyer and high school wrestling coach whose life is cracking under the strain of debt and family responsibility in this gentle comedy from Tom McCarthy, director of The Visitor and The Station Agent. He gets a second chance when an ethically-questionable decision sends a troubled teen, who is also a wrestling phenom, into his home. The film is the least of McCarthy’s three works, but the top-flight cast of Giamatti, Amy Ryan, Bobby Cannavale, Jeffrey Tambor and Melanie Lynskey keeps things entertaining. 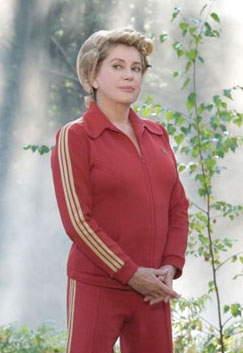 POTICHE
In recent years, French director François Ozon has worked in two diametrically opposite modes: Quiet dramas of individuals in crisis (Hideaway, 5×2, Time to Leave) and wildly colorful entertainments (8 Women, Swimming Pool). This frothy tale of a pampered trophy wife of a wealthy industrialist in the 1970s who seizes an opportunity to break out of the gilded cage that her husband has built around her is most definitely of the latter type. French screen legend Catherine Deneuve is perfect as the rebellious middle-aged matron who gets a chance to flourish when her husband’s striking workers take him hostage, while fellow legend Gérard Depardieu is effortlessly charming as the bearish union leader who is only too happy to have a chance to romance his enemy’s wife. 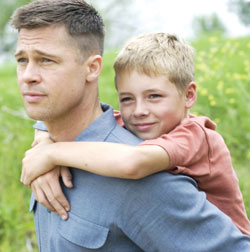 THE TREE OF LIFE
For many passionate movie fans, there is no film more eagerly awaited than Terrence Malick’s rapturously-beautiful vision of a man (Sean Penn) whose life is shaped by the haunting events of his childhood and his troubled relationship with his father (Brad Pitt). Mysterious, poetic and visually stunning, Malick’s films (Badlands, Days of Heaven, The Thin Red Line, The New World) are always totally unique and deeply-moving works of art.