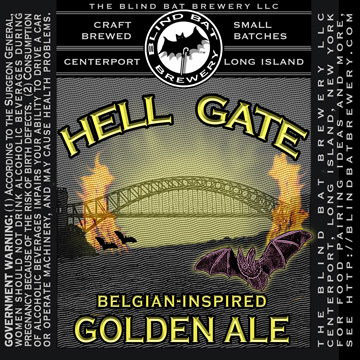 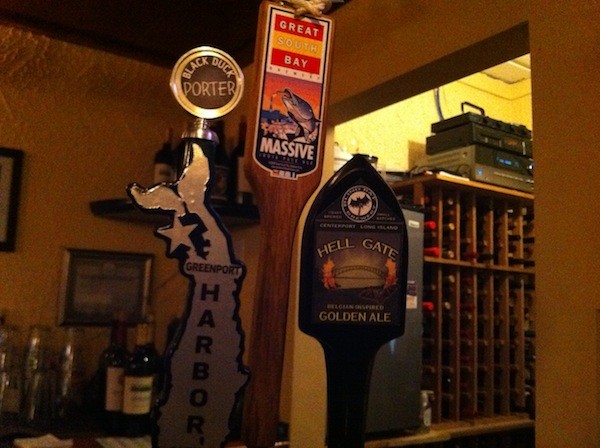 Sunbeam dollar coin in color and gorgeous laced, Hell Gate is a smooth malt-marriage (due to the use of Vienna malt instead of the traditional Pilsner associated with the Belgian Strong style, which imparts a drier finish) between delicacy and complexity, of moderate spice and hints of floral vanilla and slight fruit.

A real joy to enjoy. 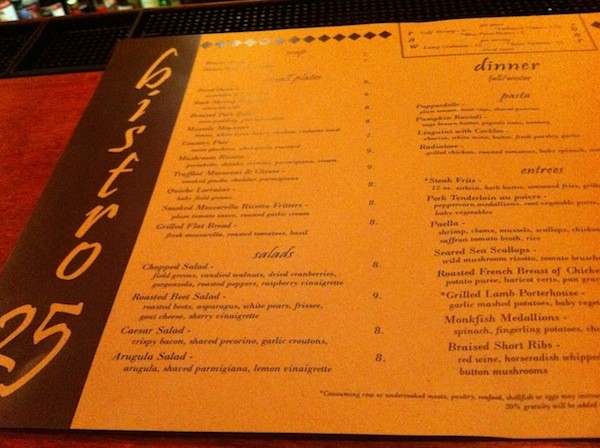 Props to Bistro 25 in Sayville and their 1/2 price Happy Hour (Tuesday – Friday, 4:00PM – 6:30PM), where the Hell consumption took place for only three dollars.

Hell Gate Golden Ale, however, was not Dlugoknecky’s first choice of name. The label below, rejected by the United States Department of the Treasury Alcohol and Tobacco Tax and Trade Bureau (TTB) in 2008, was designed for SuckerPunch, Hell Gate’s original moniker: 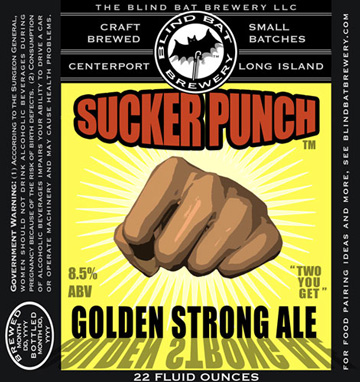 Dlugokencky: “The Feds objected to the name, the image, and the use of the word “strong” – citing Code 116, The text “SUCKER PUNCH” and the image of the fist touts the alcohol content of the product and the effect that the product will have on the consumer. Delete or change this text. They also cited:

Code 150
Malt beverage labels may not contain the words “strong”, “full strength” or similar words likely to be considered/confused with statements of alcohol content.

THE NET CONTENTS MUST BE STATED AS “1 PINT, 6 FLUID OUNCES.”

Code 5
The company name and address (city and state) is required to appear on your front label. 27 CFR 4.35(a)”