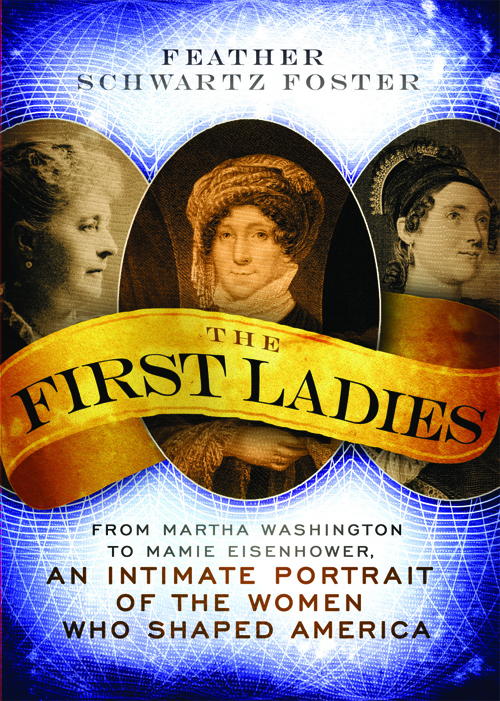 Why is it that you never mess up when nobody’s watching?

You know how it goes: you can do something a dozen times flawlessly, as long as you’re by yourself. You are the Supreme High Master at whatever it is — until you have an audience.

But let somebody watch, then your fingers feel tied and your brain stumbles. It never fails, and as soon as your witness turns his back….

Now imagine having a job you never asked for, one that you might not have wanted, and doing it with the entire world looking on. You’ll have new sympathy for “The First Ladies” after reading the new book by Feather Schwartz Foster.

It all started with Martha Washington.

As a widow of considerable fortune, Martha Dandridge Custis needed, as per the times, to remarry but no average George would do. Young George Washington was land-rich and knew that the proper choice of wife could make him even richer. Despite the seeming coldness of the arrangement, the two had, by all reports, a happy marriage.

But when George was tapped as our nation’s first president, Martha had a fine line to walk: the position of First Lady demanded a certain amount of pizzazz and decorum but not too much, lest it seem overly royal. Royalty was unwelcome here following the Splits from the Brits.

Even prior to becoming First Lady, Abigail Adams showed that she had what it took for the job. She raised and tutored four kids, ran both farm and household, and had a social life, alone, while John was in Philadelphia with the Declaration signers. Later, she had a shaky relationship with her First Lady daughter-in-law, Louisa, who said after Abigail’s death that she wished she had known John Quincy’s mama better.

With her snuff habit, Dolley Madison was a trend-setter. Julia Tyler was a fashionista and Sarah Polk, a penny-pincher. Abigail Fillmore made sure the White House had Bibles in each room.

One Nineteenth-century First Lady was a feminist. Several weren’t married to the President. The beautiful face of another was used – without permission – on many advertisements of her day. One First Lady was an accomplished artist and one, because she never lived long enough to claim her title, changed a presidency by dying.

Had enough of modern politics? Then take a lighthearted look at it from the POV of a few women who were appointed by default – sometimes, reluctantly.

Author Feather Schwartz Foster puts lively personal faces on the women behind the men of our country, starting with Martha, ending with Mamie (because she was “the end of an era.”), and passing over an unremarkable First Lady or two along the way. Schwartz Foster has a nice way of evoking each Lady’s era, which gives readers a better idea of the importance of their individual work.

Though it’s somewhat stiff now and again, “The First Ladies” is the kind of book that will satisfy historians, women’s history scholars, and trivia buffs alike. If that’s you, then see that you get this book.