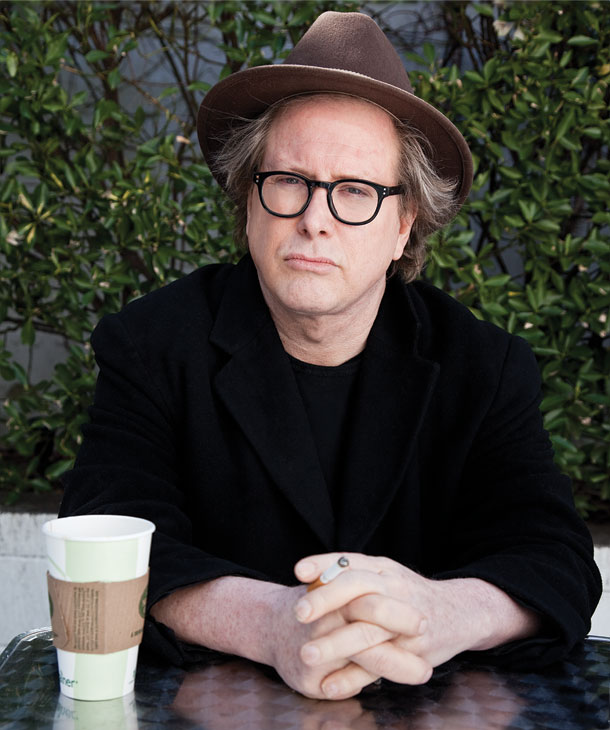 Not content with having the longest run of any Saturday Night Live cast member (14 years: 1995-2009), actor-comedian Darrell Hammond now seems to be making a similar habit at Sag Harbor’s Bay Street Theatre. 2008 saw his debut there in Christopher Durang’s Beyond Therapy, while last year brought him to David Mamet’s Romance. But the challenges of those zany comedies likely pale in comparison to Hammond’s current assignment: The one-man show, Tru (May 31-June 26), based on the later life of author Truman Capote.

Written and directed by Jay Presson Allen, Tru’s Broadway premiere in December of 1989 netted Robert Morse Tony and Drama Desk Awards, but Hammond would rather not dwell on the show’s history. “Someone sent me a copy [of the Morse version],” the actor says in our late-winter phone conversation, “and I looked at it on my computer for about five minutes. It was so good, I didn’t want to be influenced or intimidated. No borrowed hand gestures or head movements or eye flutters. I don’t want to place anything in my performance that I saw someplace else.”

Hammond knows something about impersonations, having been the go-to guy on SNL for impressions of everyone from Bill Clinton to Ted Koppel to Sean Connery (in those classic Jeopardy skits) to Donald Trump. However, the 55-year-old Florida native is the first to admit that the hallowed ground of NBC’s Studio 8-H wasn’t the best place to do character comedy. In fact, he has difficulty watching his own work and avoids SNL reruns for that very reason. “Lorne Michaels always said, ‘The show doesn’t go on because it’s ready. The show goes on because it’s 11:30 on a Saturday night.’ You’re always on the clock, and there’s never enough time. You’re always thinking, ‘If I only had one more hour, I could master this gesture or facial tic.’ An hour seems like an eternity over there.

“So I always had a sense that whatever I was doing there was incomplete,” adds Hammond. “That it’s not as good as I wanted it to be or that I’m not as good as I wanted to be. If you get your character on Wednesday night and you have an idea of what you’ll be going into for the dress rehearsal on Saturday, you’re very, very lucky. That gives you two days, although those 48 hours also have costume fittings, rehearsals, interviews, your laundry, taking care of your personal life and trying to get some sleep. You have to learn so fast, under so much pressure, with so many eyes watching. And then it’s gonna be over. And next week it’ll be something else.”

After 11 seasons, Hammond sensed it was time to move on, but as Michael Corleone learned in Godfather III, just when you think you’re out… Says Hammond, “Everybody was urging, ‘Don’t go. It’s not time.’ When powerful people call you up and say, ‘This is your home; you can’t leave,’ along with the financial incentive, you think, ‘What the hell?’ But I’ve heard other ex-cast members talk about this—there’s a day you walk into that building and realize you shouldn’t be there anymore. It’s a very guttural, visceral thing. No one teaches people how to retire and it’s the last thing you think about when you’re clawing your way to the summit. I’m not always sure I made the right decision.”

Hammond acknowledges that the urge to go might not have been as strong were it not for the loss of his father, a war hero. “Doing John McCain became a real problem,” Hammond admits. “I’m not a political person, but I spent some time with him and liked him personally. And any person who has suffered a physical injury as severe as Senator McCain did while serving his country—his voice and movements are affected by that experience. So his was one of those impressions that was good enough to get the laughs, but it was never fully realized, and I did not feel good out there.”

Continues Hammond, “When my father had a military funeral, it was a psychic shock to realize what [McCain’s] life must have been like as a soldier and what soldiers in general go through. I mean, when they play ‘Taps,’ that blows you away if that’s your dad lying there. They folded the flag, and the soldiers were there, and it was really, really powerful.”

Hammond’s reticence to talk fully about other unhappy topics—such as his past years of substance abuse (“I’ve certainly had my struggles, primarily with booze”) aren’t so much due to psychological pain as to marketing; he’s got a book coming out in the fall. “It’s three quarters finished,” he says of God if You’re Not Up There I’m Fucked. Pressed for a hint of lurid detail, Hammond says, “It’s reflections on my childhood and what happened there. The flashbacks that started in my life later on.”

Perhaps those dark memories will help the actor unlock the mystery of Truman Capote. “Tru takes place eleven years after Capote wrote In Cold Blood,” Hammond notes. “A lot of people think the shock of writing that book affected him on a cellular level and caused his eventual deterioration. It makes me think of the Coldplay song, ‘Viva La Vida’; it’s a monologue about a guy who is sweeping the streets that he used to own.”