Musicians from America’s south have some the best recent releases 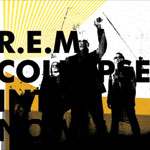 R.E.M.
Collapse Into Now
(Warner Bros.)
Of the fifteen studio albums R.E.M. has released, this is the first to feature a picture of the band on the cover, illustrating the personal and honest nature of this long-awaited and varied release. As on almost everything the group has ever done, R.E.M.’s members remain true to themselves and their unique sound. It’s unfortunate the group won’t tour behind the album, as many of the songs would sound great live. Of all the guest musicians, Patti Smith really shines. Along with U2, Tom Petty & the Heartbreakers and Los Lobos, R.E.M. remains one of music’s most consistent and respected groups of the post-60s music generation. 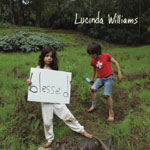 Lucinda Williams
Blessed
(Lost Highway)
Williams’s last album, in 2008, was her most visceral album up till that time and featured some songs about love that expressed a near carnal lust that surprised many people. On her new album, she remains open to celebrating more openly exuberant emotional territory, but she balances it musically and lyrically by the realities of hard times. Not since Bruce Springsteen’s The Rising has an American artist made a record as expansive, joyful and hopeful as this one. 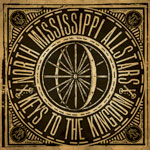 North Mississippi Allstars
Keys to the Kingdom
(Songs of the South)
Maintaining their swampy rock stew, North Mississippi Allstars made this album with heavy hearts after members Cody and Luther Dickinson lost their dad, legendary musician Jim Dickinson, in 2009. The album, however, is mostly a joyous celebration of life. The band has again somehow found the perfect balance between authentic southern American roots music and gritty modern alternative rock. 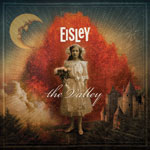 Eisley
The Valley
(Equal Vision)
On its first full-length album in four years and its first since leaving Reprise, this Texas band, which boasts four siblings and their cousin, returns with another wonderful album filled with gorgeous harmonies. An uncompromising group who has chosen to release seven EPs in its career, the band should continue to garner fans of Kate Bush and Jane Siberry with this long-awaited full album.