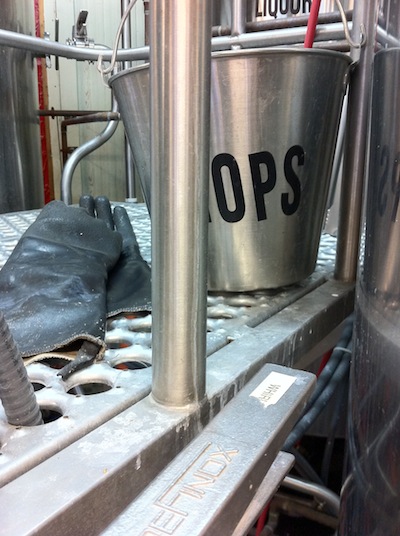 [Aesop Rock – “Dryspell”: “On a sunny afternoon in Lower East Side New York…”]

On a non-sunny afternoon on the North Fork of the east end of Long Island, with condensation product of atmospheric water vapor heavy-droppin’ like Fat Albert heavy and the cause for “Wesnofske Farm Hop Project” postponement earlier that morning, Super Neat was invited to guestbrew at Greenport Harbor Brewing Company for their fourth Project Hoppiness experiment, English IPA. 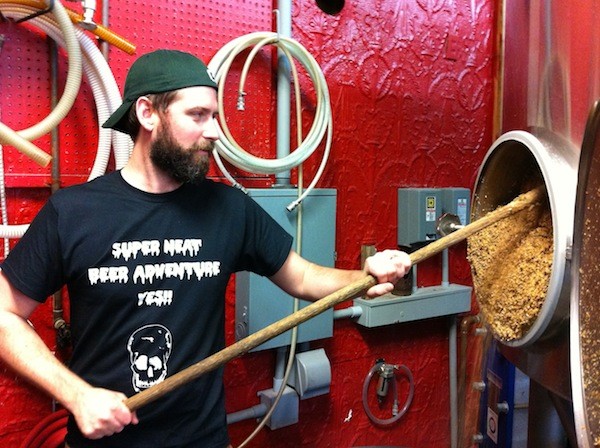 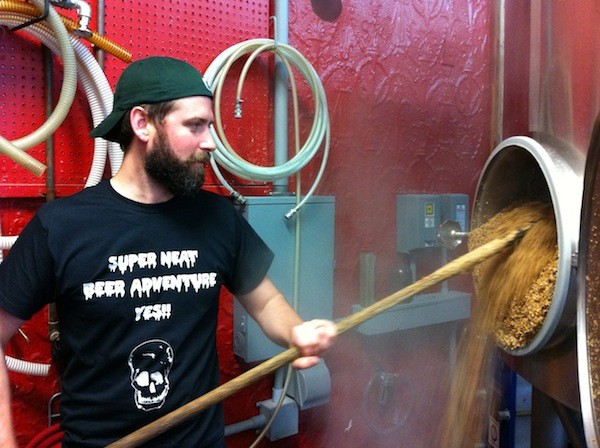 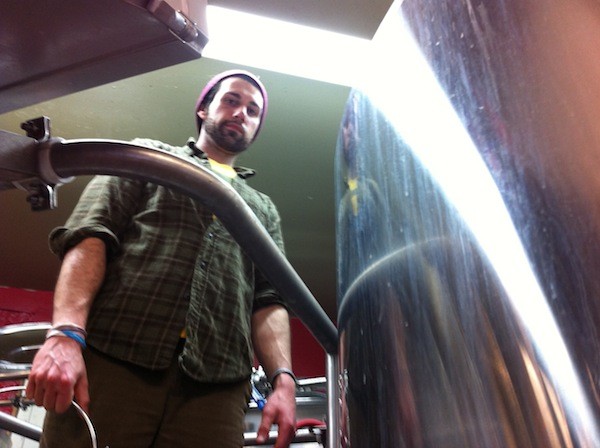 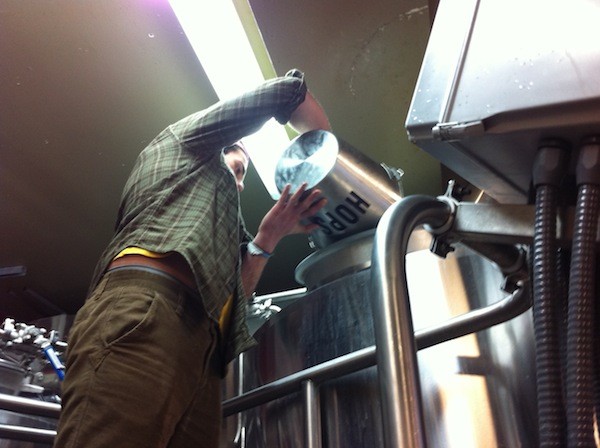 While immersed in the latter activity, Super Neat discovered the below label, attached to one of Greenport’s five fermenters: 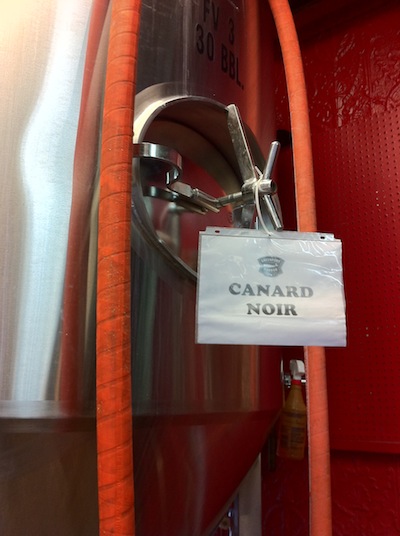 Identical in malts and hops to Black Duck Porter, Canard Noir (“Duck Black”) is the addition of French Saison yeast to the original recipe, and a result, a “dry and pepper-like spiciness and tropical fruitiness” to its flavor profile.

Doroski on Canard Noir: Although we finally brewed it this past weekend, DJ was drawn to the concept of brewing a Belgian-Style Porter more than 2 years ago, before we were even officially licensed. After finalizing the Black Duck Porter recipe early in the planning stages of the brewery, DJ was sure he wanted to brew a one-off with Belgian yeast. And, if our licenses had been approved on time, it might have even been one of our brewery’s very first batches – brewed just in time to bring to Ommegang’s Belgium Comes to Cooperstown 2010. The authorities acted as they often do and the idea was shelved.

Our recent “Belgian tangent” provided a perfect opportunity to bring the beer to fruition. Our only real choice was between the Abbey or Saison yeast that we had in the rotation (the Abbey yeast from brewing Havre Rouge and Project Hoppiness: Belgian IPA, the Saison yeast from Spring Turning (Rye) Saison). A homebrewed Black Saison that I made over the winter helped make it clear that Saison yeast was the way to go.

Canard Noir will debut at The Cortland Simulcask on Friday, 5/13 (6:00PM), with Islip Councilman Steven J. Flotteron in attendance to tap the quask (quack + cask, obvs). It is also confirmed for Black Forest Brew Haus’ collaboration dinner with Greenport on Sunday, 5/22.