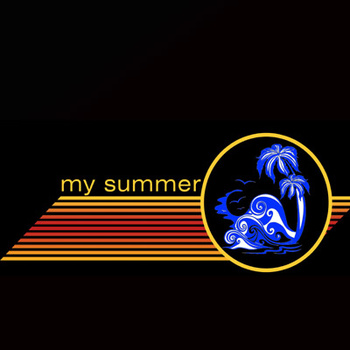 Celebrate Memorial Day weekend with indie rockers My Summer at Mr. Beery’s in Bethpage on Saturday, May 28th. When guitarist/vocalist Mike Longo played keyboards a few times for local band Bookstore in 2002, he met drummer Joe Lambiaso and the two have been playing music together ever since. Guitarist Dave Ferrara and bassist Joe Gruber joined them in 2007, and My Summer released an eponymous full-length two years later.

“’My Summer’ is way more hard rock than our previous works,” notes Longo. “There were a lot of different influences. Some songs are about positive self-image, such as ‘What you’re Worth,’ and other songs are about watching people you care about throw their life away to drugs, like ‘It’s your Blood.’ The album strays in mood from song to song, which I think helps keep it interesting.”

Named for their favorite season, My Summer is influenced by everyone from Radiohead and Frightened Rabbit to Nirvana, Spoon, and the National. After playing a successful Hope for Youth benefit a couple of weeks ago, My Summer returns to Mr. Beery’s on Saturday night. They go on at 10pm, and will be playing with Lambiaso’s old band, Bookstore, along with Dude Japan, Werewitch, and Destructasaurus Rex.
When asked how they describe their sound, Longo answered:

“Honest Rock. Sounds strange I know, but we don’t play songs because we’re looking for a hook. The hooks just come naturally and aren’t designed to be something that people will ever think is over the top. The songs aren’t written to be bubble gum, but taken as a collective effort.”

So check out My Summer on Saturday, and get ready for their new album release party on July 2nd at The Studio at Webster Hall in NYC. Their next record will be “way more mellow,” according to Longo. “It’s good to change your sound up, it keeps the band fresh.”

Until then you can check them out on facebook: www.facebook.com/mysummermusic, and on their bandcamp site: www.mysummer.bandcamp.com