Groups and artists who write great songs dominate the best releases of the past months. 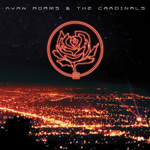 Ryan Adams & the Cardinals
III/IV
(PAX AM)
This two-disc set is essentially the group’s follow-up to Cold Roses and Jacksonville City Nights and was primarily recorded in 2006. Oddly enough, it fits with Adams’s more recent, heavier sound. Again Adams has chosen to release two discs at once, illustrative of his prolific songwriting prowess. Although billed as a band, these discs, like previous Ryan Adams & the Cardinals releases, spotlight perhaps the most prolific and talented songwriter of the past ten-plus years.

Cowboy Junkies
The Nomad Series
(Proper)
Cowboy Junkies is also in a prolific mode these days. The group has already released two albums in the projected four of its Nomad Series. The first, Renmin Park, weaves a story influenced by a 2008 trip to China, and the second, Demons, is a perfectly executed collection of Vic Chesnutt covers. The next two, Sing in My Meadow and The Wilderness, will be released soon. 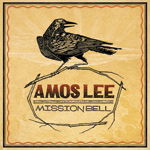 Amos Lee
Mission Bell
(Blue Note)
Amos Lee is one of the rare singer-songwriters whose voice is so good that he could make it just as a singer and he only gets stronger with each new album. The list of guests on this fourth solo release includes Willie Nelson, Lucinda Williams, Sam Beam of Iron & Wine and members of Calexico, with Calexico’s Joey Burns serving as the album’s producer. 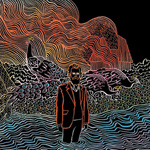 Iron & Wine
Kiss Each Other Clean
(Warner Bros.)
The brainchild of Sam Beam, Iron & Wine’s fourth full album in nine years is the group’s Warner’s debut and breakthrough release. While some of the subtle dusky flavor of past releases is still evident, on this release Beam’s songs are more accessible and melodic than ever. 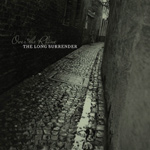 Over the Rhine
The Long Surrender
(Great Speckled Dog)
Named after the neighborhood in Cincinnati from which the husband-and-wife team of Linford Detweiler and Karin Bergquist hail, Over The Rhine has quietly made its idiosyncratic music on mostly small labels for years. Now with its first album in four years, and partly due to Joe Henry’s deft production the group won’t be able to keep things quiet for long. With a near Brechtian sense of drama, the band’s piano-based songs sound more suited to a smokey club than a coffeehouse. Yet another brilliant album from one of American music’s longest running best-kept secrets.