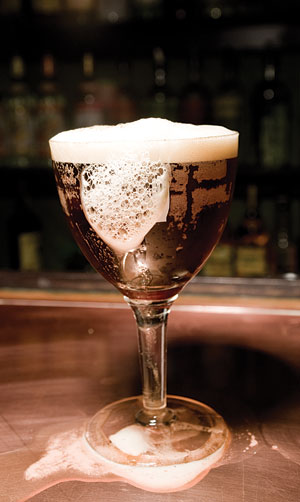 KJ Farrell’s
(516) 804-9925, Bellmore
kjfarrells.com
The bar next to the Bellmore firehouse has been a great place to hear local bands in all of its incarnations. It’s been “KJ Farrell’s” since 2007, a friendly neighborhood bar with an Irish flair and a nice big stage for the music. Live music on the weekends, Karaoke and open mic during the week, and great beer on tap every night.

Canterbury’s
(516) 922-3614, Oyster Bay
canterburyalesrestaurant.com
Oysters, hard-to-find beers, classy bistro food and live music all congregate at Canterbury’s in Oyster Bay. Sit down to a nice dinner or take a camera phone picture of your friend’s face as he gulps down an oyster shot at the bar. Jams and open mics are common during the week, and local bands play originals and crowd favorites on weekends.

Fadeley’s Deli Pub
(631) 758-8882, Patchogue
myspace.com/fadeleyspub
A haven for beer snobs, Fadeley’s Deli pub features a wide array of local and hard-to-find-brews. The small bar features live music indoors year-round, and outdoors in their charming backyard during the spring and summer. The sound here can best be described as “all around hippie”—blues, jam, folk and alt-country music performed by local artists.