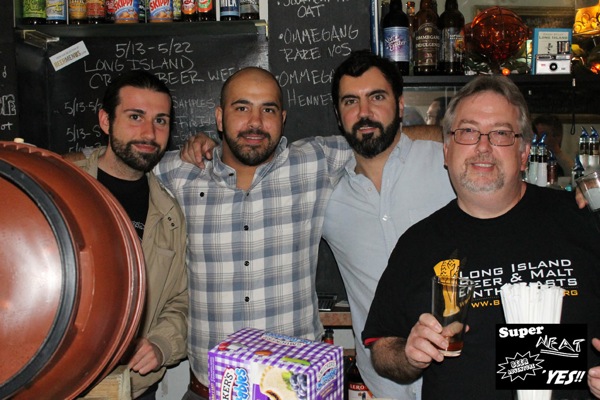 On the evening (5/21, 6:00PM) when Harold Camping and other date-setting eschatologists prophesied the Rapture, the ascension of God’s chosen ones to Heaven and the eradication of mankind via cool things like earthquake and flood, Todd Long and Super Neat hosted “Super Neat Peanut Butter Jelly Time,” a Smuckers-sponsored fundraiser at The Cortland that was promised AND delivered to the universe. 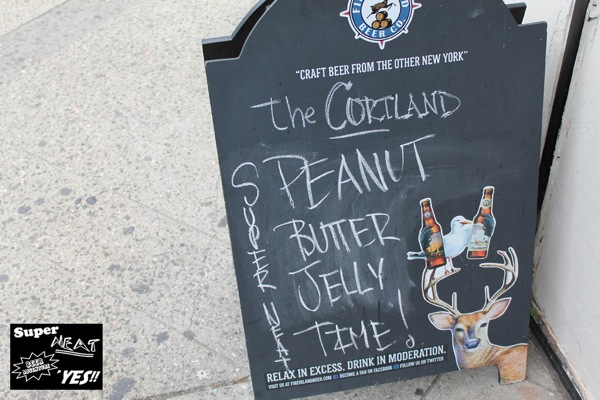 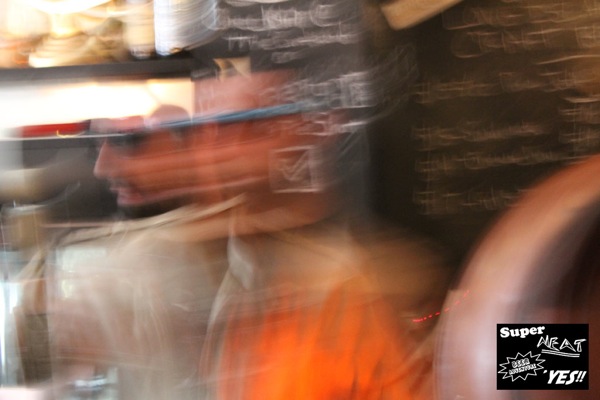 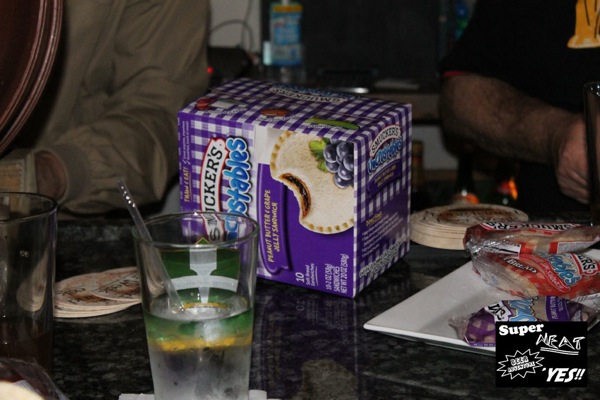 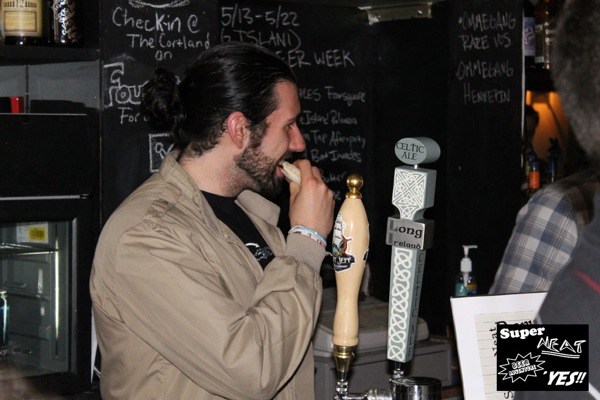 Tick Tock, Tick Tock, Tick Tock…It’s 5:45PM and people are flocking into The Cortland in anticipation of “Super Neat Peanut Butter and Jelly Time.” You can see the foam building around their mouths as the 6pm pouring hour approaches. Tick Tock, Tick Tock…It’s 6:00PM and Super Neat guest bartender Niko is nowhere to be found….where could he be?? Finally at 6:05PM that “C List” celebrity shows up and immediately begins to pour the Peanut Butter and Jelly beer that was created by the Legendary home brewer and LIBME member Todd Long. As the demand for the PB&J increased to an unprecedented level, “The Legend” also jumped behind the bar the help Super Neat pour. The first 5 gallon keg of the 9% ABV pale ale based beer was gone in 40 minutes and the second 5 gallon keg ran out an hour later. In addition, while the patrons at The Cortland in Bayshore were enjoying the PB&J beer, they were also consuming Smuckers Uncrustable PB&J sandwiches. Thanks to Smuckers for their generous donations of these tasty treats. As the 8:00PM hour approached and the end of Super Neat Peanut Butter and Jelly Time, it was apparent that the people who attended surely enjoyed it and had a Super Neat Peanut Butter and Jelly Time. The most significant part of the event however, was the close to $900 that was raised and donated to the Little Shelter Animal Rescue and Adoption Center in Huntington. Now that was really Super Neat, YES!! 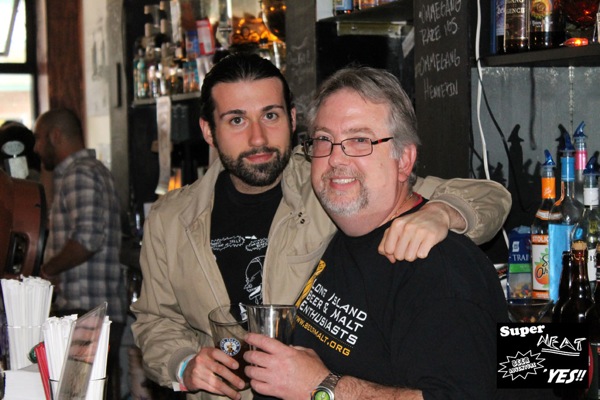 Super Neat prefers to be known as a “E List” celebrity.