New Orleans gets all the glory in Louisiana, but there are new worlds to discover just beyond its borders—and though close to or connected to the Gulf of Mexico, they’re not covered in BP oil.

Casual but not country, the Northshore of Lake Pontchartrain has been a New Orleans getaway for more than a century. A 24-mile causeway—the world’s longest over water bridge—connects St Tammany and New Orleans culturally, and as a culinary destination. But St. Tammany owns a vibe all its own.

Rip’s on the Lake: 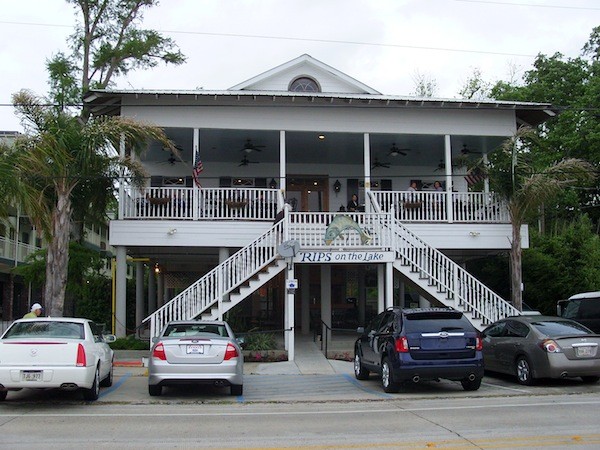 Rips on the Lake
Cosmopolitan but casual, this gourmet retreat from New Orleans has a stately front porch with cast-iron tables and a great view of sunset over Lake Pontchartrain. A longtime favorite for specialties like Trout Audrey and pairing local Abita Beer blends with menu items. 1917 Lakeshore Drive, Mandeville, (985) 727-2829, www.opentable.com/rips-on-the-lake.

Louie and the Redhead Lady: 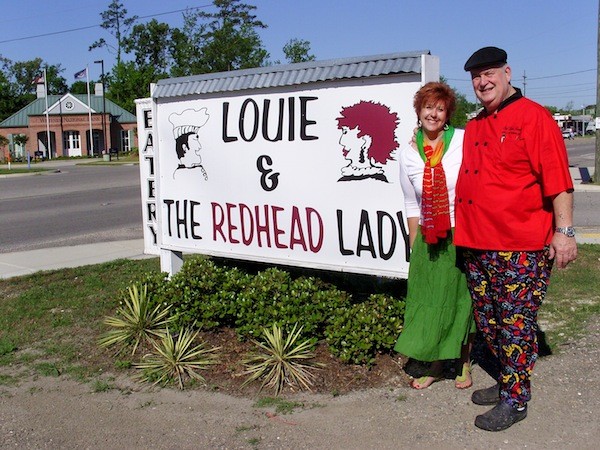 Louie and the Redhead Lady
This restaurant might look a bit like a truck stop from the parking lot, but inside it’s all about the food and making people grin. Creamed spinach with breakfast? Why not. Chef Louie celebrates the complex science of comfort food, and he might just sit at your table to discuss the complex science of where you’re visiting from! Ginger, his red-haired wife (but she’s not the redhead; that would be Louie’s deceased mother) helps balance Louie’s various unanimous claims, including: Real butter without shame. 1851 Florida, St., Mandeville, (985) 626-8101. www.louieandtheredheadlady.com. 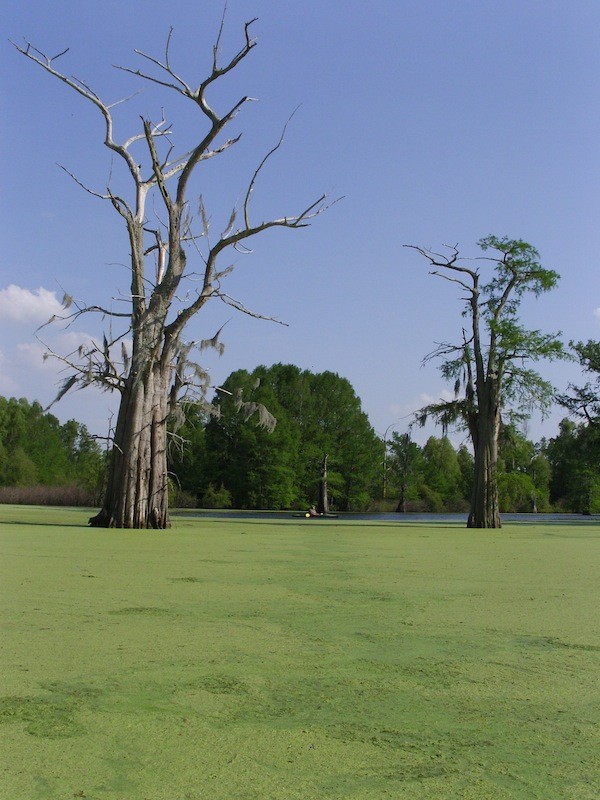 Swamp oh la la
Kayaking amongst Alligators should be on everyone’s bucket list. A Southern American bayou, a Louisiana French term derived from the Choctaw Indian word ‘bayuk’, is a sluggish marshy tributary of a lake or river—heaven for alligators and overhead wildlife. Paddling from your put-in spot to Lake Pontchartrain winds through cypress slews, coastal marsh, and a number of wildlife habitats while scores of migrating birds live or fly above. Great blue herons, great and snowy egrets, ruby-throated hummingbirds and various woodpeckers, including the rare red-cockaded woodpecker are easier to spot in a quiet craft. The gators see you coming, but don’t seem to mind. Lacombe, www.bigbranchmarsh.fws.gov. 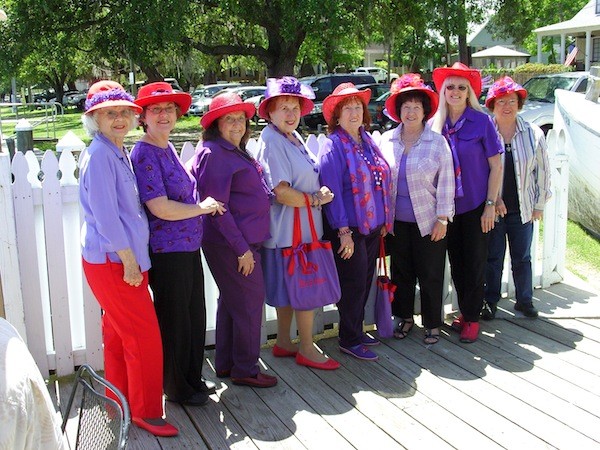 Lake Pontchartrain Basin Maritime Museum: Imagine an authentic boatbuilding school beneath a maritime museum showcasing the important maritime history of the area dating back more than two centuries. The Civil War history in this area alone could support a museum, but this modern facility is a feast for any maritime mind. A nearby landmark is the restored Madisonville Lighthouse, built in 1837. The museum is planning to offer public boat rides to the lighthouse, now accessible only by water. They also host a very popular Wooden Boat Fest each fall. 133 Mabel Drive, Madisonville. (985) 845-9200, www.lpbmm.org. 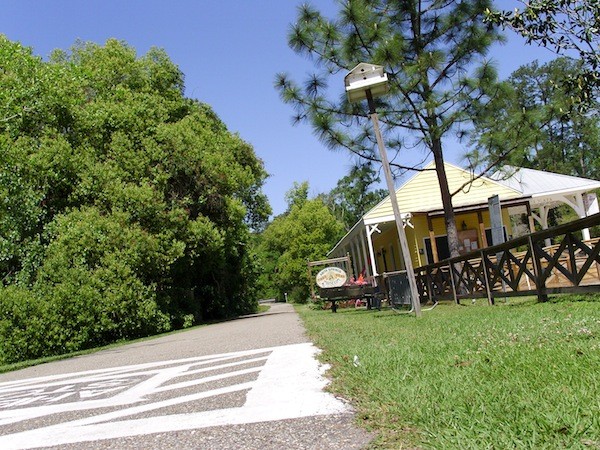 Rail to Bike Trail
Conveniently located near start point for the 10-mile bike ride from Mandeville to Abita Springs on the Tammany Trace, the state’s only rails to trails conversion hike/bike pathway. The Trace winds 31 flat miles through the parish from Slidell to Covington and has many entry points. Abita Springs is an eclectic and picturesque little town known for Abita beer, fun events like the Whole Town Garage Sale and Bicycle Fest, and the Abita Mystery House. Home of the Abita Beer Brewery, this is a place where people aren’t afraid to substitute beer for water in their recipes—making food ‘barley noticeable’. 690 Lafitte St., Mandeville, (985) 626-9300 www.kickstand.bz. 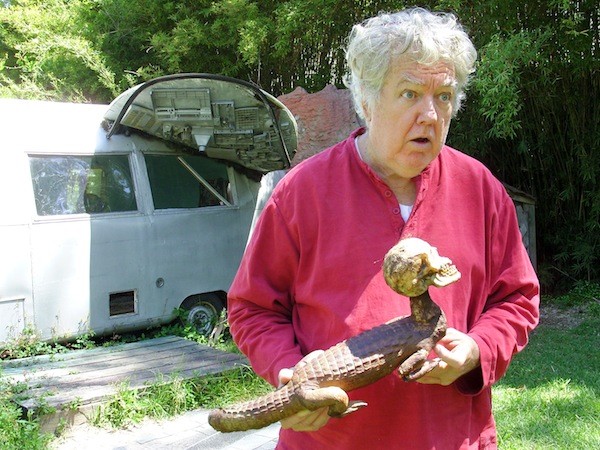 Palmettos on the Bayou: A casual, classically Louisiana restaurant built among cypress trees on the banks of Bayou Bonfouca. Several decks, bars inside and out, and a boardwalk take advantage of the setting encased by foliage (lush plants that like to keep their feet wet). A great spot to enjoy specialties like seared duck or barbecue shrimp-stuffed poboys. 1901 Bayou Lane, Slidell (985) 643-0050, www.palmettosonthebayou.com.

Pearl River Eco-Tours: Not going on a swamp tour here is like not eating pizza in New York City. The Honey Island Swamp is one of the most pristine in the country, undeveloped and beautiful, especially in spring when water lilies and irises bloom and wildlife sightings are abundant. See birds, boars and alligators as you explore this verdant habitat by boat with a knowledgeable guide. 55050 Highway 90, Slidell, (985) 649-4200. www.pearlriverecotours.com.

Ps, Louisiana has 54 parishes, the term they use instead of counties.

Located just five miles from downtown New Orleans, its scenic beauty, cultural treasures and beautiful waterways make it feel as if you’re a world away. Lake Borne, the Mississippi River, Breton Sound, and the Gulf make this a paradise for fishing, bird watching and aimless leisure. The Isleños culture thrives here as descendants from the Canary Islands, who flocked to the lower portion of the parish joining French pioneers who arrived in the 1720’s, remain strong and proud. 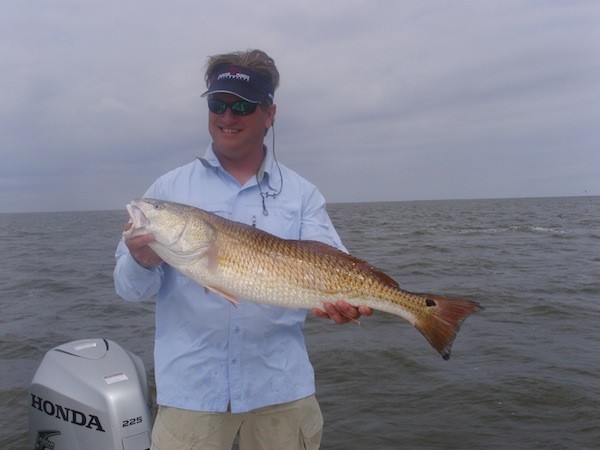 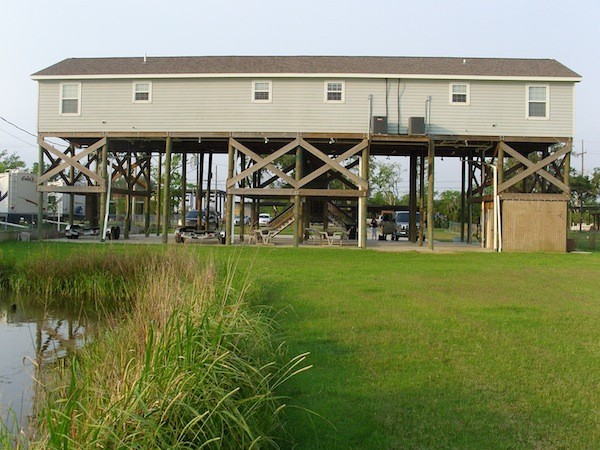 Lodge Elevated to Withstand Floods
You can sleep across the street from the fishing boat dock at Charlie’s Silverside Lodge—after a classic crawfish boil in the open-air space beneath it. 4521 Hopedale Highway, Hopedale, www.captaincharlie.com. 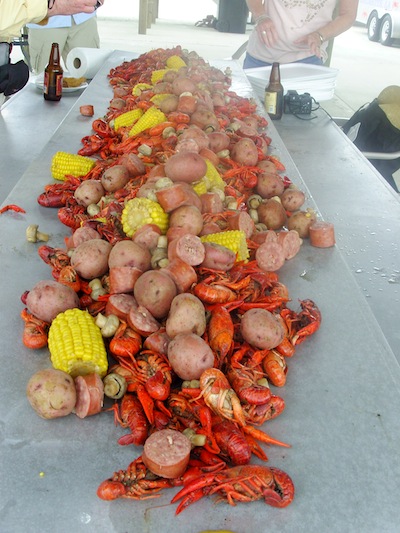 Islenos Museum & Village: Before Hurricane Katrina, when St. Bernard Parish had 67,000 residents, two-thirds of them had Canary Island ancestry (in whole or part). The parish population is now 39,000, but the Islenos culture thrives on. St. Bernard Parish has a unique story to tell of the Canary Islanders, who were recruited Spanish colonists that arrived in St. Bernard Parish between 1778 and 1783. Over many generations, and through great difficulties, they have succeeded in preserving their warm heritage and their language. This is a living window into their culture. 1357 Bayou Road, Chalmette, (504) 874-0635, www.losislenos.org. 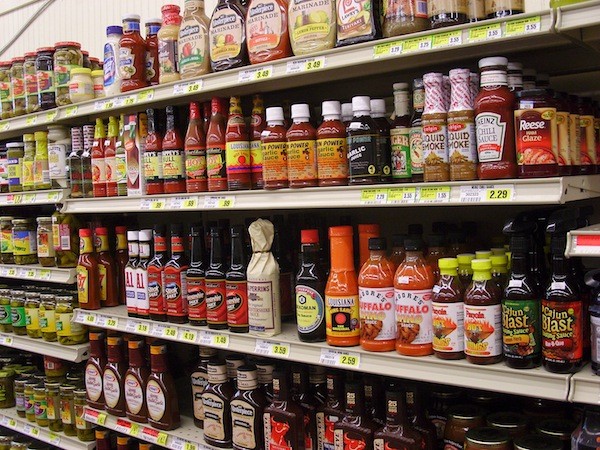