For Robert Edwin and Allen Boulos, co-founders and co-curators of FRESH Art Long Island, “Filling The Void” presents more than an opportunity for self-expression. Via experimentation with various creative mediums, the two-day art, music and multimedia showcase at the Vail-Leavitt Music Hall in Riverhead is a chance to explore unfamiliar physical space and relationships, eradicate present-day constraints and surpass expectations set by others and self.

It is a chance for progress.

“This is our first fully-curated conceptual art installation,” said Edwin who, with Boulos, helped launch FRESH, a collective dedicated to the connection and exposure of local artists on Long Island, in 2006. “We’re also working with non-local artists for the first time, which really allows us to stretch out as curators.”

The aforementioned installation, which will serve as the exhibit’s thematic centerpiece, is The Great American Living Room, a visual requiem for the relationship between family and the television, and how the latter’s generation of false comfort enabled media to enter homes and, subsequently, infiltrate minds.

“As we move from the age of the television into the era of the Internet,” explained Edwin, “we wanted to explore how the sensory effects of technology implanted into our homes become extensions of our bodies and our minds.” 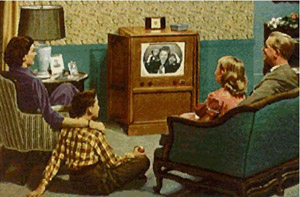 The Great American Living Room will be accompanied by thematically-connected pieces from artists’ selected by FRESH—Lisa Kirk, Stephanie Homa, Hollis Brown Thornton, Ben Owens and FreakCast are some of the confirmed names.

“With Live@ handling the music, it allowed us to focus solely on the art,” said Boulos. “In the past, we scrambled to do the sound, the lighting, and then had to worry about the exhibit, as well.”

Constructed in 1881 and modeled after Ford’s Theater in Washington, DC, the Vail-Leavitt Music Hall is the former host of the Riverhead Blues & Music Festival, which ceased operations after 2010 due to budget constraints.

Therein lies the genesis for the Filling The Void name. 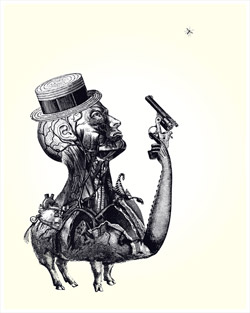 “When the blues festival was canceled, it just made sense to come to Riverhead and recreate the space with a new vision,” said Boulos. “Cool stuff should still happen there.”

Edwin’s interpretation of the handle, however, incorporates more of FRESH’s modus operandi: “When I moved back to Long Island after college, there was an absence of artists’ groups. With this show, we wanted to continue to build a subculture for artists to cultivate relationships and create with one another. It’s all about the future.”

FRESH Art Long Island and Live@ Recording Studios present Filling The Void at the Vail-Leavitt Music Hall in Riverhead on August 12 and August 13. fillingthevoidfest.com. Long Island Pulse Magazine is proud to be a sponsor.