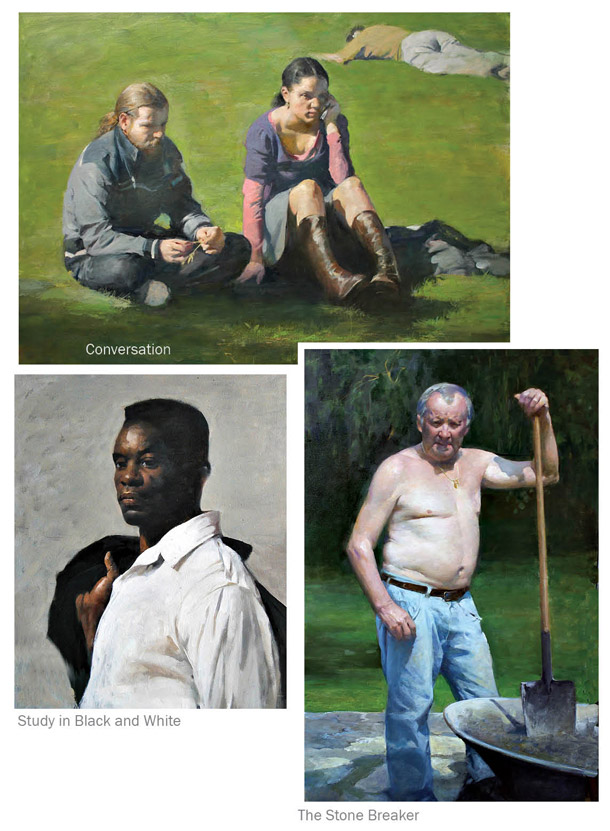 Painter Burton Silverman prefers subjects from the “every day” when making portraits. Falling beneath his artist eyes are hikers, bus riders, loungers and café patrons. The award-winning painter is the subject of a solo show at Hofstra University Museum’s Emily Lowe Gallery.

Burton Silverman: The Humanist Spirit is on view from September 1 to December 16. The show includes over 25 oil paintings and studies for some of the paintings. An illustrated catalogue accompanies the show.

Silverman’s paintings balance formal visual elements with realism to portray the essence of his subjects, according to Hofstra. The artist imbibes each subject with dignity, which facilitates a shared humanity between viewer and subject.

An artist reception takes place on September 24. At 2pm, the artist will give a guided tour. The reception begins at 2:30pm. The opening includes an original interpretive dance by Hofstra University students. 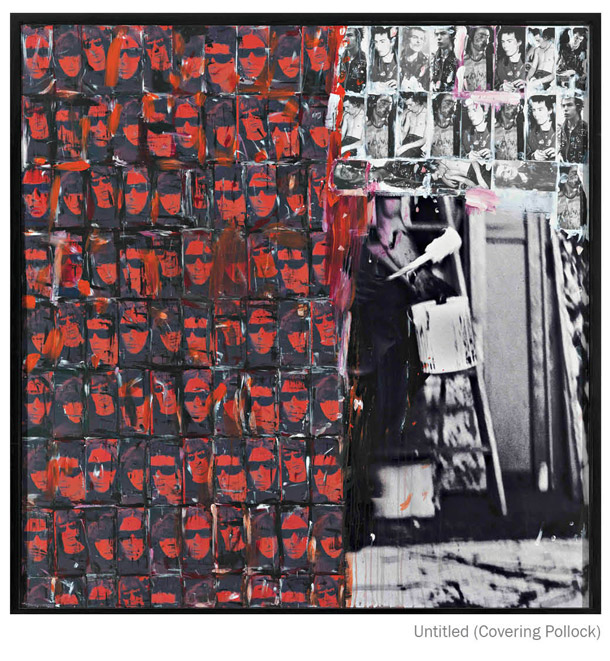 Richard Prince is an appropriator. He’s known for “rephotographing” other people’s printed photographs, including advertising images, then changing them to create his artwork.

The Guggenheim hailed him as a top American artist innovator in a 2007 exhibition introduction, according to Guild Hall. Gagosian Gallery described his art as having “…a unique signature filled with echoes of other signatures yet that is unquestionably his own.”

Lately, Prince has focused on Jackson Pollock. The debut of his new series, Covering Pollock, is currently on view at Guild Hall Museum through October 17. The exhibition spans the entire museum and includes 27 artworks. The iconic photographs are painted and collaged with torn materials. Material strips are from vintage erotica, New Yorker illustrations, cancelled checks, Playboy cartoons, fashion photography and more.

Covering Pollock is the first time Prince has exhibited on Long Island, according to Guild Hall. A color brochure accompanies the exhibition.