Let’s hear it for some of the most eagerly awaited releases of the year. 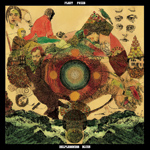 Fleet Foxes
Helplessness Blues
(Sub Pop)
This follow-up to the band’s 2008 eponymous debut does not suffer from a sophomore slump. The band’s disaffected lyrics and pastoral acoustic-based music remains intact, with the star of the show still being the echo-laden harmony vocals. With only two albums under its belt, Fleet Foxes has quickly become one of the most important American bands on the music scene today. 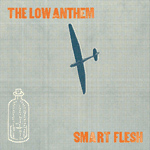 The Low Anthem
Smart Flesh
(Nonesuch)
On the band’s second major label release, the group stretches out even further musically, expanding the musical vision it solidified on 2008’s Oh My God, Charlie Darwin. Like Fleet Foxes, the band’s sound is awash in echoey vocal harmonies, and precious and lovely sparse instrumentation. However, on this release, the group pushes the boundaries with orchestral instrumental passages creating music that is as light and airy as a feather blowing in the wind on a summer day. This is beautiful, imaginative, original music that will take one’s breath away. A limited edition version of the release includes exclusive artwork and a bonus disc of outtakes. 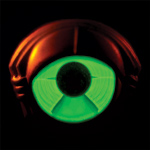 My Morning Jacket
Circuital
(ATO)
My Morning Jacket also emerges with a strong album after a three-year hiatus. After Yim Yames’ loving George Harrison tribute, it’s nice to hear him singing his own songs again with the band he has fronted since the late 90s. It’s interesting how this band can draw fans ranging from southern jam lovers to geeky urban rock denizens. The band just seems to get stronger with each new release, yet it remains devoted to doing things in a way that’s never too close to rock stardom excess. 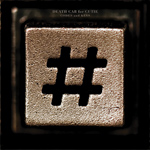 Death Cab for Cutie
Codes and Keys
(Atlantic)
Just like Fleet Foxes, The Low Anthem and My Morning Jacket, Death Cab for Cutie has emerged with a new album after a three-year wait. While the band has been criticized in some circles for coming up with an album that on the surface sounds a bit commercial, it’s not that the group has changed, but that mainstream music fans have finally caught up to it. After toiling for years, Death Cab for Cutie is ready for its commercial close-up, which is justly deserved. 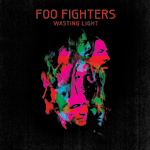 Foo Fighters
Wasting Light
(RCA)
It’s hard to believe that Foo Fighters have been around since 1995 and are now commercially-accepted rock music veterans. After a four-year wait, the band emerges with its hardest rocking effort yet. With album art inspired by a Jimi Hendrix album, perhaps the band seems to be searching for sonic pleasures that are not simply about volume. The band somehow has found a balance here that leans neither too heavily back toward its grunge roots nor too deeply into arena rock commercial mainstream bombast.