For Warren Haynes to call himself and his new solo record “Man in Motion” is an epic understatement. As a member of the Allman Brothers Band, Phil Lesh and Friends, The Dead and his own band, Gov’t Mule, Haynes is a constant blur of musical activity and proficiency in the rock/jam band landscape.

Currently on tour in the northeast (he and his new band will play Huntington’s newly-minted music hall The Paramount on October 15), Haynes could easily claim the title of “hardest working man in show business” if he didn’t defer to his childhood hero first. 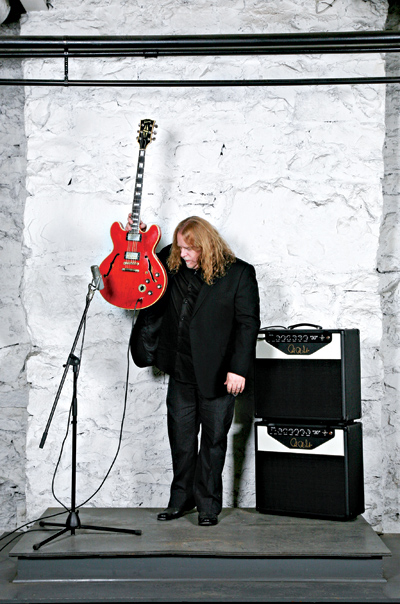 “James Brown was my first idol,” said Haynes as he discussed the deep soul and r&b influences of his most recent work and his musical roots growing up in Asheville, North Carolina. “It was a time when soul music dominated the airwaves. Wilson Pickett, Otis Redding…those were my heroes. They came before Cream and Jimi Hendrix for me. I was a singer first and soul music came before rock music. Then Sly and the Family Stone was the bridge between James Brown and Hendrix.”

Not long after came Haynes’ major musical turning point. With his passion for singing firmly rooted and his discovery of the guitar just blossoming, Haynes got turned on to the Allman Brothers.

“My older brother had the first Allman Brothers record so I was exposed to that at a very young age,” remembers Haynes. “I just fell in love with the guitar work between Duane [Allman] and Dickey [Betts] and Gregg’s [Allman] voice, just the overall sound of it.”

As a core member of one of jam rock’s iconic and legendary outfits, Haynes is continuously thrilled by the challenges and potential for new heights that the Allmans are capable of in any given musical moment.

“I’m really fortunate to be surrounded by all the musicians that I am surrounded by,” Haynes remarked humbly. “The cool thing about the Allman Brothers right now is that anybody on that stage is capable of doing something that surprises and inspires everybody else. That’s a pretty incredible thing.”

Like so many of his heroes, Haynes is particularly adept at incorporating other sounds and styles into his own approach. This puts him in that rare air where his playing pays crafty homage to the entire rock lexicon while simultaneously carving a singular, original space.

Nowhere is this more apparent than in his selections of other musicians’ material. Haynes is a prolific singer/player/songwriter in his own right, but he’s notorious for his excellent covers. In those spaces, whether with Gov’t Mule, the Allmans or The Dead, he’s a master of interpretation and his choices are thoughtful and powerful.

“Sometimes it might be a song that I’ve always wanted to play or sing,” said Haynes of his choices. “It’ll be a song that I wish I wrote that hits me real hard. Sometimes we completely change them; sometimes we just put our own stamp on them. Sometimes we’ll pick a tune for the shock value, something that people would just never expect us to do.” 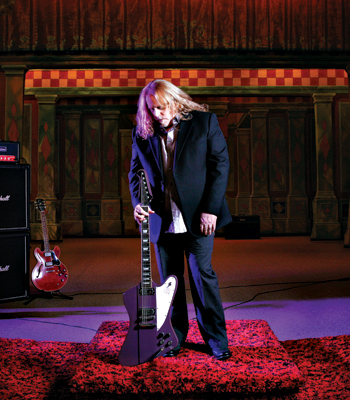 With his mind, heart and hands in so many musical realms at once, the challenge for Haynes is to harness and solidify his musical sense of self; to carve plenty of space within his own construct and still allow the brilliance of others to move and shine through him.

“I hope I’m not copping out, but I feel like it’s a combination of the two,” Haynes said of his reconciliation of musical self sufficiency vs. musical selflessness. “Musicians sign on to be students forever. It gets harder and harder to add significant elements to your playing style the longer you play. But still, that’s what we’re here to do. Sometimes opening yourself up completely to what someone else has done is very therapeutic. At the same time, instrumentalists reach a point where they just want to play like themselves.”

In the end, Haynes knows instinctively that this is all musical subtext. The real story lies in the sound—and above all—in the relationship between that sound and the listener.

If there’s one thing that Haynes knows nothing about, it’s limits. Whether he’s singing and playing soulful r&b, summoning the hounds of hell with his devilish slide playing, or pushing co-conspirator Derek Trucks and the rest of the Allmans as far as they can go, Haynes is determined to continue on his path of growth and discovery, with much more playing ahead of him than behind him.

“I think the next thing is getting Gov’t Mule back together,” said Haynes. (The Mule has a two night New Year’s Eve run lined up at the Beacon Theatre in New York City). “When I do another solo record, I think it will be more singer/songwriter, more of an acoustic record. I’d like to take that to another level. I’d love to make a blues record, I’d love to make a jazz instrumental record. Personally, I feel as though there are a lot of records that I want to make that I haven’t made yet.”

Warren Haynes Band will play The Paramount in Huntington on October 15, and Gov’t Mule returns to the Beacon Theatre for their annual New Year’s Eve shows December 30 and 31. For more info, visit warrenhaynes.net.