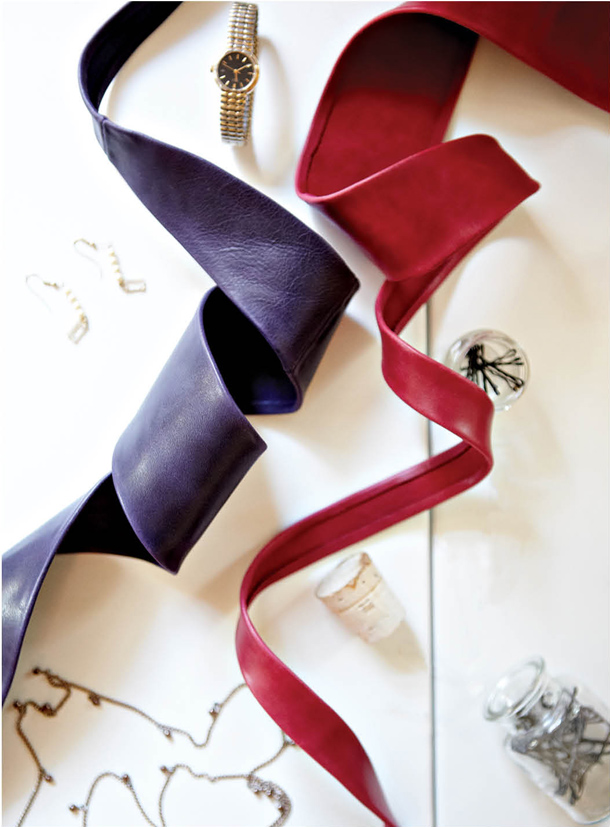 Obi, Oh My
Curvy silhouettes are never out of style for women—there’s just something about a shapely figure eight that is both powerful and feminine. The obi belt aids in anchoring down the bulkier layers of fall clothing to create the lusty look. Originating in early 17th century Japan as a relatively thin ribbon, the obi quickly expanded to capture the entire midsection until reaching almost twelve inches in width by the 19th century. (Those concubines knew what they were doing.) In keeping with the jewel-tone craze of fall ADA in amethyst and ruby Argentinean leather are just a few inches wide and wrap around the waist at least twice to create that slimming effect. Best of all, the leather looks better as it gets worn. Available at Rexer-Parkes (Huntington).