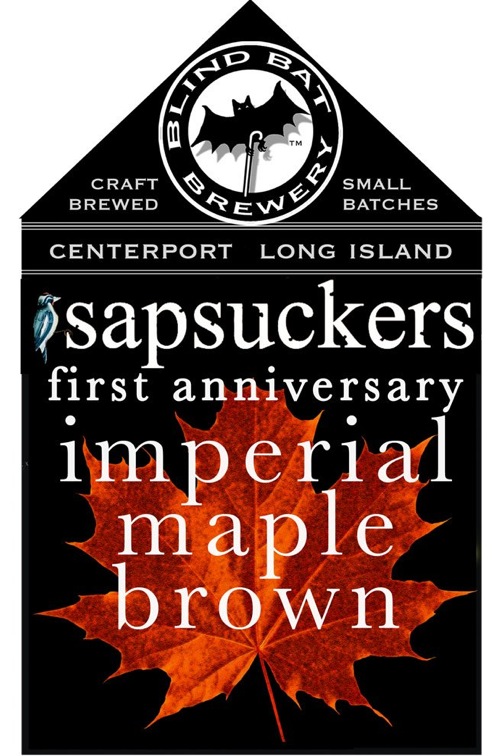 Sapsuckers Hops & Grub, which celebrated their first anniversary on Friday, 9/30, commissioned Blind Bat Brewery to create a beer for the birthday event.

The result, Imperial Maple Brown, is now available on draft.

Sapsuckers asked me to brew something for their first anniversary. We talked it over and decided on a brown ale using maple syrup, tying in with the ‘sap’ in ‘sapsuckers.’ I used seven malts for this brew, and a lot of them my mash tun couldn’t hold for a three-barrel (93 gallon) batch, so it was less than usual. I dusted off and tweaked my old home brew “Belfry Brown” recipe, a big change being the addition of maple syrup to the fermenter after primary fermentation was done. It is 7 % ABV, with maple mellowed into nuances of caramel. I will be brewing this again, as my “Belfry Brown” — and more for Sapsuckers if they want it.