Here’s a rich harvest of acoustic-based CDs from troubadours and singer-songwriters. 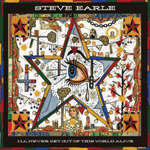 On his two previous releases, Townes, a tribute to Townes Van Zandt, and Washington Square Serenade, a tribute of sorts to his adopted home Greenwich Village, Steve Earle seemed to be looking outside of himself for inspiration. Now, with the aid of T-Bone Burnett, Earle is once again clearly looking within. With many of his demons wrestled to the ground, Earle seems more content; yet mortality, injustice and frustration still seethe just below the surface. With this album, Earle continues to move toward living legend status. 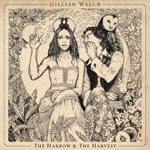 Like Steve Earle, Gillian Welch finds comfort and inspiration in the simple sounds of American roots music. She and David Rawlings wrote all the songs and support themselves with simple instrumentation to make music sometimes sounding like outtakes from a Carter Family session or a Smithsonian field recording. Welch finds the unadorned heart of great American country music, making the eight-year wait between solo albums worth it. 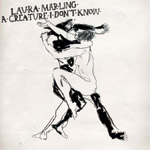 While not around as long as Steve Earle and Gillian Welch, in a short time, Laura Marling is already at the heights of the singer-songwriter scene and, along with a handful of other UK artists, solidified a folk revival in England. While comparisons to Joni Mitchell and even Jane Siberry are valid, Marling clearly is making a new kind of acoustic music. This new album continues the growth she displayed on her previous I Speak Because I Can from last year. Like Mumford & Sons, Marling may find herself with fans beyond the acoustic fringe. 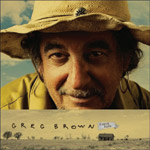 Greg Brown
Freak Flag
(yepRoc)
Greg Brown is a legendary musician and songwriter. While he is often referred to as a folk artist, Brown’s musical gifts run deeper and richer than any one genre. His gravelly voice, prosaic stories and dramatic performing style are all in evidence on this album, once again perfectly produced by Bo Ramsey, one of the most underrated record producers in music today. 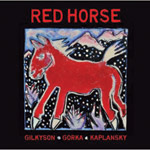 Eliza Gilkyson, John Gorka, Lucy Kaplansky
Red Horse
(Red House)
A musical cousin to Kaplansky’s Cry, Cry, Cry project with Richard Shindell and Dar Williams, Red Horse is a collaboration of like-minded singer-songwriters, Eliza Gilkyson, John Gorka and Lucy Kaplansky, whose voices and personalities effortlessly blend. Featuring mostly original compositions from the three and bracketed by a cover of Neil Young’s “I Am A Child” and the traditional “Wayfaring Stranger,” the release will make one feel like old friends have stopped by for an evening.