In the wake of the Recession, Long Island’s non-profit sector is helping the needy and employing a significant share of the population.

According to Long Island Association Inc., non-profits employ 132,640 people in the region. That’s more than 10 percent of the Island’s total jobs, and the people behind the organizations are still accomplishing major philanthropic feats. The human, driving forces of four Long Island non-profits—from small groups to a major, multimillion-dollar organization—devote countless hours to special causes. Despite the blow most nonprofits suffered in terms of donations and funding in the sluggish economy, each has big plans for the future.

Nancy Mazzola, who took up her stepdaughter’s cause, is helping abused children attend camp and build trust. Another mother, Linda Ferrante thinks of her daughters while advocating for breast cancer awareness. Family also inspires Matthew Campo, the leader of a well-known New Hyde Park organization, while unforeseen opportunities in a political landscape spurred nonprofit executive Diana Arens to change housing for the mentally ill almost 30 years ago.

The heads of these non-profits are but a few representatives of the many who make a difference on the Island—each works hard to make an impact by enduring lengthy board meetings and submitting to late-night planning phone calls, as well as summoning the emotional fortitude when issues hit close to home. 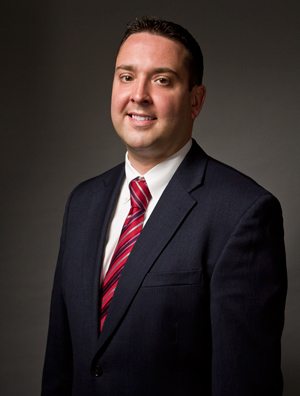 Matthew Campo wants the families of sick children to be as comfortable as possible. The New Hyde Park-based The Ronald McDonald House expanded to 42 bedrooms six years ago, but Campo sees a future for more growth in eastern Suffolk. Instead of a fully operational house, he envisions a Ronald McDonald family room at the Stony Brook Children’s Hospital. It’s an idea still in its infancy, but it’s one of many he’s working on as the organization’s new Executive Director.

Campo has two passions in life: The performing arts and his family. Leading The Ronald McDonald House, located next to the Cohen Children’s Medical Center, melds the two together perfectly. Campo has the opportunity to use the professional fundraising skills he has cultivated since the beginning of his career—working for arts organizations including the Heckscher Museum of Art in Huntington—to help families with sick children.

The classically-trained baritone carves time out of his busy schedule for his lifelong passion. He mainly concentrates his theatrical efforts at his church, the Bethpage Assembly of God, but has performed in community theater productions in the past, and was a musical theatre major in college.

Running The Ronald McDonald House can sometimes seem like operating a hotel to Campo. Occupancy at the facility, which has eight kitchens, usually hovers at around 76 percent, though it hit 100 percent this past summer for the first time since the 2005 expansion. As much as he keeps the house running smoothly, Campo’s main function is bringing in the bucks. The house is associated with its multi-billion dollar fast food restaurant namesake, but conducts its own fundraising for the bulk of its operating budget. This year, the organization brought in $1.8 million, and the figure has to be even higher in 2012.

Fundraising in a tough economy presents a formidable challenge, but Campo stays grounded by working for a cause that he connects with, and he never feels too far away from his family. “When I came here it felt like home,” he said. “It’s a tremendous honor to be leading an organization helping families just like mine every day.” 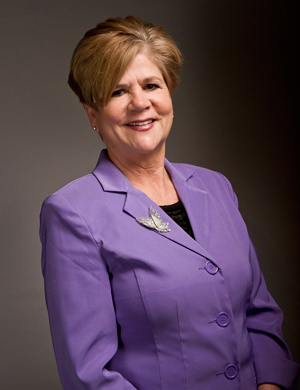 The death of Marcie Mazzola, at age 21, was a crushing tragedy for her family. But, after a victory in court, a lot of good came out of it, said her father, Paul. The Marcie Mazzola Foundation, led by Marcie’s stepmother, Nancy Mazzola, currently raises money that is donated to non-profits that help children, including the Family Service League, which has locations in Nassau and Suffolk, and Bethpage-based Coalition Against Child Abuse and Neglect. But, Mazzola, of Commack, is working on launching her own program that will help abused children decrease their anxiety and fear. The program, called Butterfly Strokes, is still in the works, but will eventually provide at-risk children with swimming lessons at Saf-T-Swim locations across Long Island.

She does not receive a salary, but running the Marcie Mazzola Foundation equates to a full-time job for her. It’s a grind, but she does it because of the legacy her stepdaughter left. When Marcie died, she was in the middle of a legal fight against a school bus driver who sexually assaulted her as a child. Marcie lost a criminal suit against him initially, but chose to battle him in a civil suit as an adult. She won the battle against the bus driver posthumously—the driver was forbidden to be near children—and her stepmother used the small settlement to start the foundation, which aims to help abused children by fundraising for other nonprofits with a similar mission, including the EAC Suffolk County Child Advocacy Center in Central Islip. As an offshoot of the central mission, and because Marcie was a tissue donor, the foundation also promotes organ donation awareness.

Mazzola said she’s comfortable speaking about Marcie’s story in front of the crowds of more than 400 people that come to her events. But, she admitted that talking about her stepdaughter on a person-to-person level still poses an emotional struggle. “It’s hard, but the work of it keeps me busy and motivated and challenged,” Mazzola said. “I think about Marcie every single day and it keeps me moving.”

Even though she still grieves for her stepdaughter, all her events have a positive outlook—partly because Marcie was an optimist despite her childhood sexual abuse. Working to continue that legacy, and to protect other children from predators, pushes Mazzola forward. 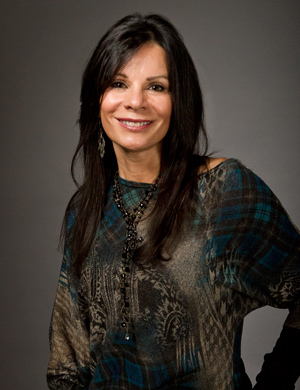 Linda Ferrante of Old Bethpage took life in stride—never sweating the small stuff—until she was diagnosed with breast cancer more than 11 years ago. Then, she was shocked. “Your mortality, that’s your initial reaction,” Ferrante said.

But she made it through cancer and chemotherapy in one year. Thinking of her young daughters, Jacqueline and Janine, she set out to increase breast cancer awareness in her community using her experience planning fashion shows for the Old Bethpage Parent-Teacher Association. Ferrante went to friends and family for help, organized (FACT) Find a Cure Today breast cancer foundation and then hosted the first-annual Ladies Night Out Gala in 2002.

The Ladies Night Out Gala is the foundation’s signature event, but Ferrante wants to see a proliferation of FACT outings, lunches, fashion shows and Zumba classes crop up across the Island. So she’s doing what every great director does—delegating. Many of her 24 FACT committee members are taking on individual projects to increase the foundation’s fundraising potential.

Each year, she’s poured her energy into the charity, spending as much time on it as she would a full-time job. Her yearly gala is only a few hours of fun for guests, but in February Ferrante starts organizing meetings, composing invites and finding sponsors to donate raffle prizes. That’s not even considering the work of preparing the catering hall, Carlyle On The Green, or the post-gala job of channeling the proceeds to select charities, including Cold Spring Harbor Laboratory and the North Shore-LIJ Health System Breast Initiative.

Ferrante’s passion for advocacy falls into her family life, too. Her paternal aunt had breast cancer, and Ferrante wanted to see if she carried the dangerous BRCA1 gene. If the test yielded a positive result, it would have major consequences for her daughters. But, the test showed she was in the clear. “When I hear of younger people getting diagnosed or hear of someone who has passed away from breast cancer, it just kills me,” Ferrante said.

That’s why she continues to fundraise and work with FACT. It’s not only for her daughters, but for women who skip a mammogram one year, or ignore a lump out of fear, waiting to get it examined before it’s too late. Getting the word out about the disease means fewer deaths, a cause Ferrante says is worth fighting for. 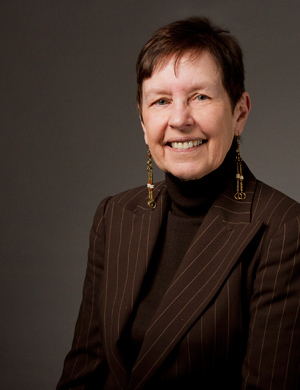 Working for the Suffolk County Division of Mental Hygiene in the late 1970s laid the foundation for Diana Antos Arens’ greatest project: Founding and running Smithtown-based Options for Community Living, Inc. Arens was working with Options’ current Program Director and co-founder, Diane Mendolia, at the county when they both sensed a growing interest in developing housing for people with mental illness. At the time, many people with mental illness lived in large state facilities, including Pilgrim and Kings Park psychiatric centers. But, new drugs that helped stabilize the mentally ill were becoming available, allowing them to live with more freedom.

“We were working on a project looking at the de-institutionalization of people with mental illness,” she said, explaining that she conducted community outreach to increase awareness of the issue.

Both Arens and Mendolia wanted to give people with mental illness more independence to increase their self-esteem and quality of life. “They needed opportunities to get to that point,” Arens said, adding that she had mental illness in her family, making the issue important to her.

The Brooklyn native and Stony Brook PhD felt limited at the county—she didn’t like the political environment—and wanted to break out on her own. She wrote a development grant and secured a small sum to start the non-profit and two houses for people with mental illness. Arens and Mendolia could only rent houses—the state was not providing capital for purchase—so they scoured the Island trying to find landlords who would rent to a non-profit running a group home.

After two years, they found locations in Huntington Station and Sound Beach, which are still running today. Since then, Arens has expanded the nonprofit to work with homeless families and people who have HIV/AIDS, now helping 1,000 people each year.

Next year—marking the non-profit’s 30th anniversary—she is staying true to her mission. Arens hopes to transform a supervised group home into a scatter-site model, which is less institution-like and gives residents more privacy, freedom and a better quality of life. The setup—used for many other Options housing projects—allows as few as three people to live together.

Even with slashed state budgets, and changes in healthcare, Arens aims to have all patients passing through her organization improve their functional abilities. They have it in them to do it, they just need the opportunity, she said.