Load in CDs from UK artists that Charles Dickens and even Scrooge would like. 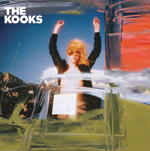 The Kooks
Junk of the Heart
(Astralwerks)

On its first two albums, The Kooks made music somewhere between being punk rockers and Kinks-era pop revivalists. Hardly a punk band, its subtle 60s influences included naming its previous album after the Kinks’ recording studio. Thankfully, this new release dispenses with the group’s rougher edges and finds it sounding more focused with a very distinct studio polish. This is quite a leap forward and shows that beneath the retro raucous edge of the past lurks a real band that can write and perform great songs. 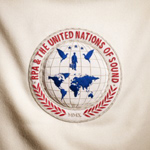 Richard Ashcroft did not stray very far from the Brit-pop of The Verve on his previous solo albums. This release still looks and feels like an Ashcroft solo album, but with a much more pronounced electro-r&b feel. Some of the tracks are perfect for the dance floor. Ashcroft still knows how to craft expansive pop, but he seems to be enjoying himself experimenting with rhythms. Although I loved his earlier music, this is a very listenable and almost fun album for the uninitiated. 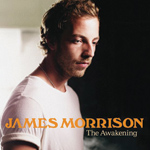 Riding the early 21st-century, UK soul revival, James Morrison is sometimes overshadowed by contemporaries such as James Blunt, Corinne Bailey Rae and, of course, Adele. Given the strength of this, his third solo album, that’s all about to change. Morrison’s passionate vocals and unforgettable songs along with the spot-on production make this one of the most joyous albums of the year and one that is soulful, without merely being retro. 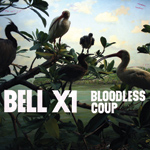 With its previous release and debut on yepRoc, the Irish band had its major breakthrough with the title song. With a sound that mixes Radiohead and the now nearly forgotten The Blue Nile, on this new release, its fifth studio album (the band also has a live album), Bell X1 is a band that continues to increase its audience without appearing commercial. This single, “Velcro” has already garnered considerable airplay. Bell X1 may not take over the world, but it clearly is a band to watch for.

Since 1996, Joseph Arthur’s career spans eight full albums, eleven EPs and an album as part of the group Fistful of Mercy with Ben Harper and Dhani Harrison. He also launched a successful career as a painter and an art gallery owner. Arthur’s latest is yet another beautiful and compassionate musical meditation. With the talent to write unforgettable and memorable songs, it’s that quiet, acoustic sweet spot Arthur finds that’s mesmerizing.