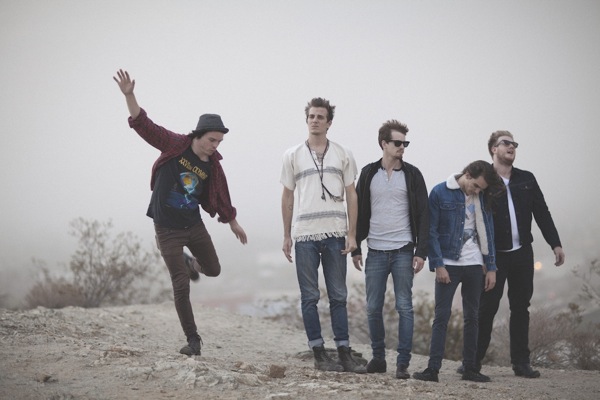 The Maine will be bringing music from their newly released disc, “Pioneer,” to Gramercy Theatre on Friday, the 16th. The Arizona rockers—John O’Callaghan on vocals; Garrett Nickelsen on bass; Pat Kirch on drums; Kennedy Brock on guitar/vocals; and Jared Monaco on guitar—wrote the music for their 3rd studio album whilst on a farm in Gilbert.

“The farm was a place where we could make noise all night, and we could live together. We didn’t actually have the intention of recording a record when we first started writing,” notes O’Callaghan, who writes most of the music.

After writing 40 songs, the band narrowed it down to 13-tracks for the CD and were inspired by the band Wilco, who also decided to part with their label to maintain creative control.

“We definitely learned a thing or two from Wilco while watching their DVD. They fought to put out the music they wanted to and I think we felt inspired from their accomplishments to do the same,” reveals O’Callaghan.
The indie quintet, that describes it sound as “pop songs disguised as rock,” is influenced by everyone from Taking Back Sunday and Mayday Parade, to Nirvana and Wilco.

When they hit the stage at Gramercy on Friday night you can expect to hear a lot from “Pioneer,” and some surprises:

“We’ll be playing the entire new record in order,” notes O’Callaghan. “After that, we will take a few minutes to breathe and return to play some old songs and possibly a holiday song… We know a lot of faces around NY, and really are always blown away every time by the fans. Can’t wait!”

For more info check out: http://www.wearethemaine.net