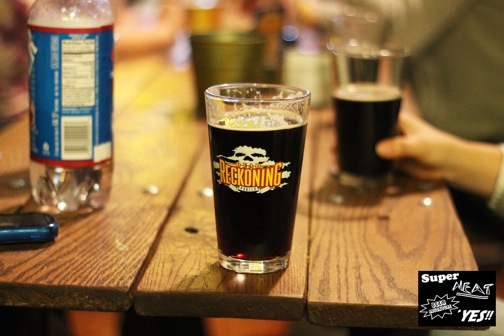 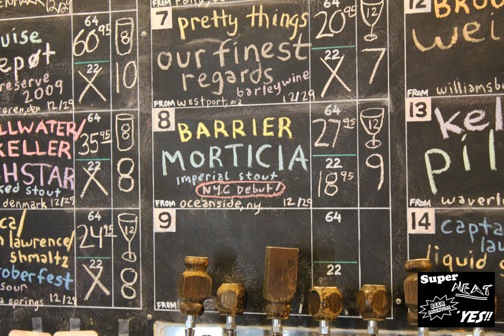 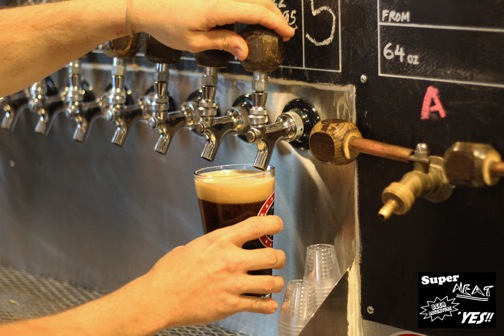 The draft-only event, which Bierkraft “spent the past two years prepping for,” according to its Facebook*, featured the first non-brewery appearance of Barrier Brewing Company Morticia Imperial Stout, a 9.1% ABV stout released at the Oceanside-based brewery on 10/29/11. 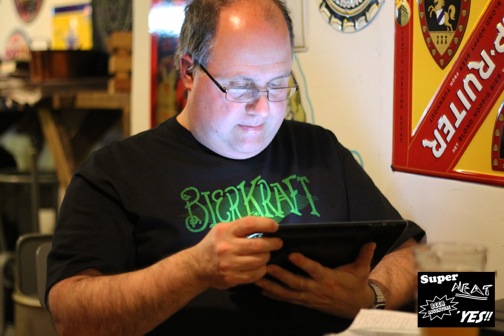 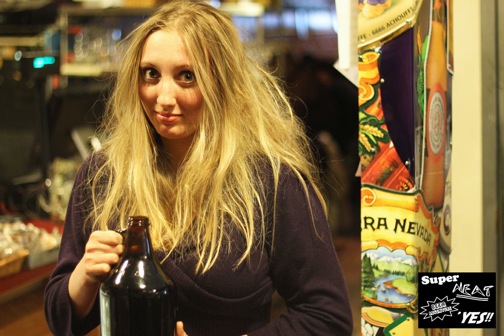 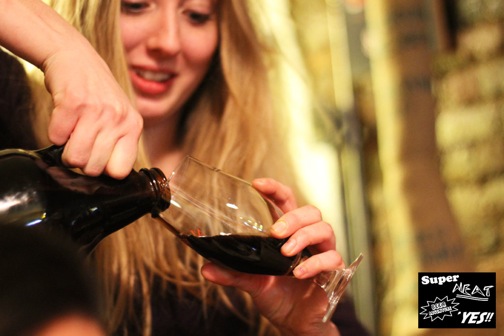 *Also on Bierkraft’s Facebook: “Grandma done glad handed you some money while you were at the table trying not to punch your smug cousin in law in the grill and all you want to do is buy yourself a growler of some insane beer to get CRUNK on New Years Eve.”