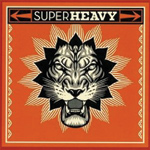 Supergroups like Blind Faith, the Traveling Wilburys and even Power Station allowed marquee musicians to explore new musical ideas, partake in a busman’s holiday or even possibly create something of lasting value. It’s hard to say what will be the legacy of this supergroup, consisting of Mick Jagger, Joss Stone, Dave Stewart, Damian Marley and A.R. Rahman. With a decidedly slick power reggae sound, and a Black and Blue-era Rolling Stones vibe in spots, this cd comes across with a real group feel, considering all the artists involved, and it only occasionally veers off into a solo-track detour. Heavy, often super and full of music one would love to hear played live, it lives up to its all-star billing. 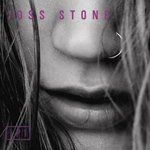 Joss Stone is another artist whose fierce drive for personal musical independence caused her to flee a major record label so she could make music on her own terms. The English soul phenomenon continues to make gritty r&b with an authenticity beyond her years. With the co-production assistance of her SuperHeavy bandmate Dave Stewart, on this new release, she is even tougher and bolder than ever before. 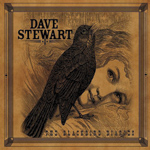 Dave Stewart, former Eurythmics member and record producer, also made solo albums for the past 20 years and this one may be his best yet. Both a meditation on love and a look back on his formative musical years, the album opens with some very Keith Richards-sounding guitar. Stewart also salutes the blues and other rootsy influences. There’s even a song co-written with Bob Dylan and duets with the likes of Stevie Nicks and Colbie Caillat. 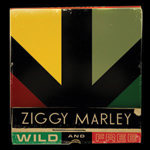 With help from producer Don Was, Ziggy Marley again makes a reggae album even non-reggae fans will love. While in no way watering down his sound or forgetting to honor the legacy of dad Bob, Marley makes joyous reggae that’s fun and reminiscent of a trip to Jamaica. Marley consistently carries the torch of his father in bringing reggae to the world, but he is now getting some solid support from the blossoming careers of brothers Damian and Stephen. 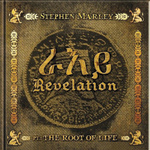 While Ziggy is enjoying himself making rootsy and accessible party reggae for the world, brother Stephen, just as musically accessible as his brothers, made a true concept album of serious intent. His second full-length studio album is a historical journey to the heart of Africa. Marley’s ambitious concept seeks to place African culture in its proper context as a cradle of civilization in thought, science and the evolution of the planet.