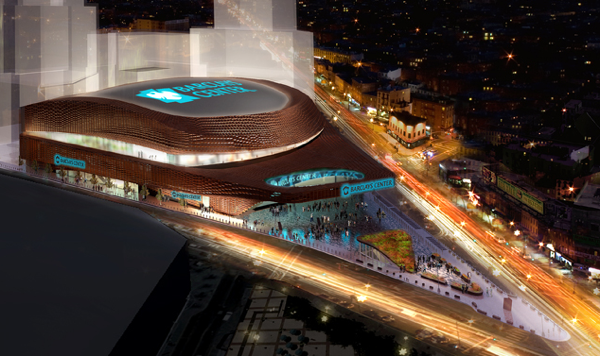 Considering the New York Islanders may one day call Brooklyn home, they may as well start playing there as soon as possible.

The preseason game will mark the first hockey event at Barclays Center, the new major sports and entertainment venue, which will officially open on September 28 with the first of multiple JAY-Z concerts. The game will also mark the first NHL game to be played in Brooklyn.

“We’re extremely excited to play the first NHL game in the new, state-of-the-art Barclays Center,” Islanders General Manager Garth Snow said in a statement. “We already have some of the most passionate fans in the league supporting our young team, and we are looking forward to expanding our base into Brooklyn.”

“We feel Brooklyn is an untapped hockey market that offers the Islanders with an exciting opportunity to grow its fan base,” added Barclays Center CEO Brett Yormark. “Barclays Center will also afford current Islander fans with great accessibility, as the Long Island Rail Road and nine subway lines will come directly to the arena at the Atlantic Terminal transit hub.”