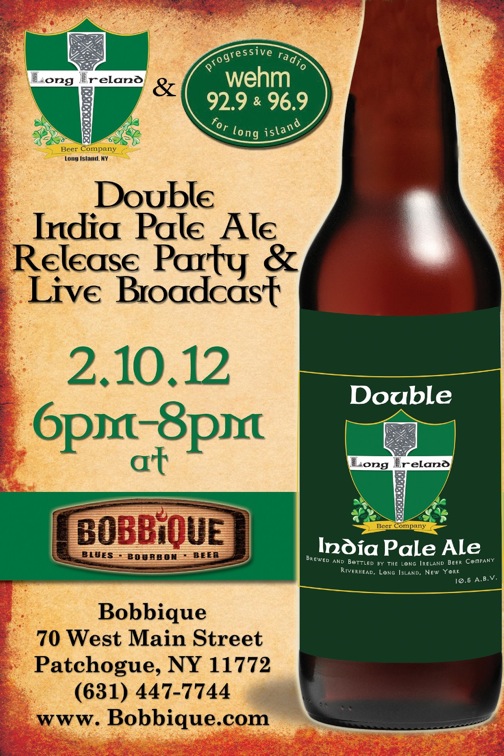 According to Greg Martin, co-owner of Long Ireland Beer Company, “there were 10 hop additions during the brewing of our second bottle, and dry-hopping every seven days over three weeks.”

Though Double IPA is not a one-time release, initial production is limited to 4,200 bottles.

The sole draft release of Double IPA pours at Bobbique on February 10 (6:00PM).