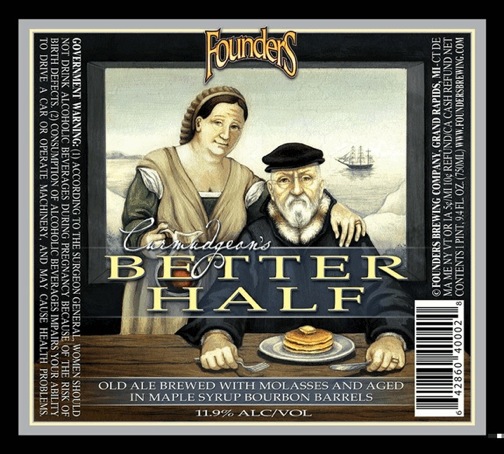 We procured one bottle of Founders Brewing Company Curmudgeon’s Better Half, an 11.9% ABV old ale aged in maple syrup-aged bourbon barrels for 254 days, and the third release in the Grand Rapids, Michigan-based brewery’s Backstage Series*, for our readership.

Please hug the draft handle in the photograph.

That is the sole guideline.

Submit entries (one per individual) to niko@nulllipulse.com.

*Founders Brewing Company’s Backstage Series, established in 2011 and distributed in 750ml bottles, was created “to bring some of Founders’ most sought after beers, which had previously been available primarily at the brewery taproom or at a few select events, to a much larger audience,” according to the brewery’s website. Blushing Monk and Canadian Breakfast Stout were the series’ prior releases.