This month’s guitar heroes can also write, sing and do just about anything musical. 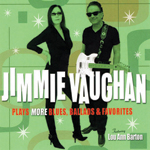 With help from vocalist Lou Ann Barton, Vaughan revs up the 50s rock on an album where he makes his most dramatic departure from the blues. While there are still plenty of blues licks, what dominates is a mixture of honking saxes, a rock and roll party beat and a few slow dance tunes. This is Vaughan’s most relaxed and fun album to date. 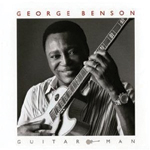 Benson really has a knack for picking covers and then making them his own, as he does on this beautiful album, his best in years. This laid-back set has a mellow groove that recalls both Benson’s earliest recordings and the commercial breakthrough sides of the mid-70s. There is simply no other jazz artist who can sing and play so well, while maintaining his jazz roots and connecting with that elusive larger audience. 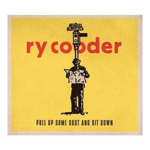 Ry Cooder
Pull Up Some Dust and Sit Down
(Nonesuch)

Cooder’s last three solo albums featured music with complex lyrical themes. This new release is very different, as he explores various musical genres and lyrically seems to be looking back on his life. While Cooder won’t be leaving music behind any time soon, it’s safe to say this is his most personal album from a lyrical standpoint to date. He also remains one of the most original, understated and underrated guitarists in music. 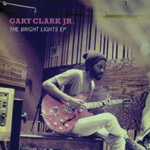 Every once in a while a young blues guitar player comes along (Eric Clapton, Stevie Ray Vaughan, Robert Cray) who turns the genre on its ear yet pays respect to those who came before him. Such is the case with Austin, Texas-based Gary Clark Jr. Like the aforementioned, judging by Bright Lights, he can also write and sing. While this is only an EP, with two studio and two live tracks, this tantalizing taste of an artist about to explode on the scene is exciting to witness. 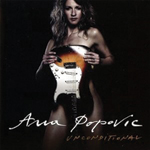 While Ana Popovic, unlike Clark, is not new to the scene, she also follows in some big footsteps. From Rory Block and Bonnie Raitt to more recently, Susan Tedeschi, great female blues guitarists only come around every generation or so. Popovic has been quietly building a following as a great player and an extraordinary live performer and singer. It’s hard to tell if she’ll have the staying power of Block, or the crossover appeal of Raitt, but on her sixth studio album and with more than 10 years on the scene, she’s poised for big things.