The Islip Art Museum is putting a spotlight on the art of printmaking, and one of the most interesting and successful arts businesses in the Town of Islip with its exhibition Prints Please: Selections from Universal Limited Art Editions (ULAE). The show features a selection of handmade prints from some of the world’s most prominent artists, both living and dead, including Robert Rauschenberg, Jasper Johns, Larry Rivers, Kiki Smith, James Rosenquist, Sam Francis, Lee Bontecou, Lisa Yuskavage, Terry Winters and recently deceased gestural painter Cy Twombly, among others. ULAE began collaborating with some of the greatest artists of the 20th century and publishing prints in 1957. The enterprise, owned by Tatyana Grosman, began in West Islip and is currently located in Bay Shore. Prints Please presents ULAE’s history in Islip Town through a selection of prints, beginning with early multiples and up to the handcrafted editions they produce today. 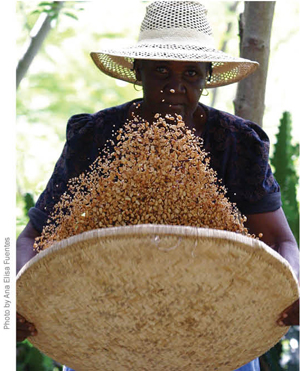 In honor of Women’s History Month, a selection of photographs by award-winning photojournalist and visual artist Ana Elisa Fuentes is on display at the Holocaust Memorial & Tolerance Center of Nassau County through April 11. Women’s Activism and Empowerment: A Global Perspective features portraits of women who are making noteworthy impacts in communities around the world. The images introduce viewers to these multicultural luminaries, some famous, some not, as they confront various forms of prejudice. Some of the women featured include 2011 Nobel laureate and Liberian activist Leymah Gbowee, impoverished founders of a successful peanut collective in Haiti, heroes from the American Civil Rights Movement of the 1960s and Tibetan nuns who continue to battle persecution and oppression. Fuentes, a Navajo Mexican-American and human rights activist has published photographs in numerous major magazines and newspapers, and her work is displayed in the United Nations and the home of Tibet’s Dalai Lama.