New Orleans steals all of Louisiana’s glory, but up in the state’s northwest otherworld, Shreveport’s down-home charm is a true find—especially while celebrating its personalized incarnation of Mardi Gras. Texas Street, the city’s reinvented cultural spine, is bookended by a Greek-inspired church and a river-crossing bridge that leads to twin-city gaming-town Bossier. The Red River is lined by boardwalks, floating casinos, and legend. “Fast food” here has claws and legs. 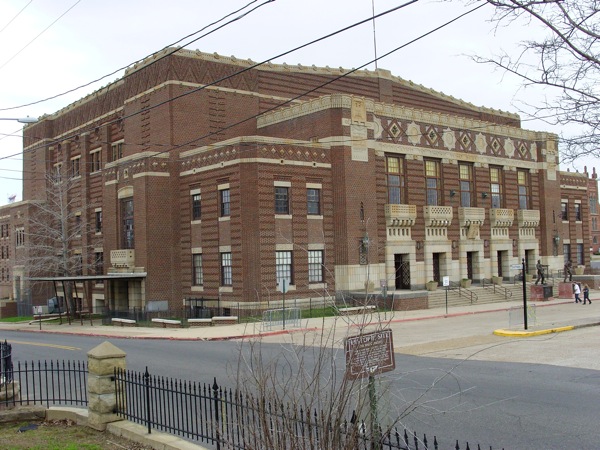 The Municipal Auditorium, which still hosts performers, is a museum for American music. In 1954, this “poor man’s Grand Ol’ Opry” launched a nineteen year-old Elvis Presley into stardom when he appeared on the Louisiana Hayride radio show as an amateur hour contestant. That appearance made this the third corner of the Elvis worshippers’ pilgrimmage trifecta along with Graceland and his birthplace, Tupelo, MS. Aptly located on Elvis Presley Avenue, this hand-etched Art Deco National Historic Landmark also hosted the early Rolling Stones, and a venue-shattering Jimi Hendrix show, which blew the doors off, scaring away the hillbillies and inspiring at least one young resident to pick up a guitar. www.shreveportmunicipalauditorium.com 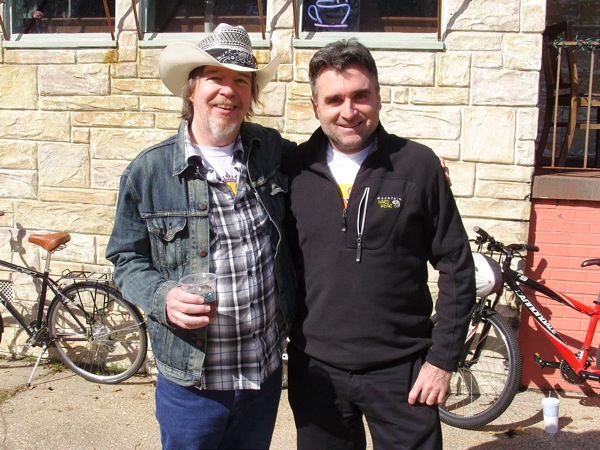 One enthused Shreveport local who witnessed that Jimi Hendrix performance at the Municipal Auditorium was Grammy-nominated blues master Buddy Flett. Buddy, also inspired by local blues legend Lead Belly, was later a major influence on renowned guitarist Kenny Wayne Shepherd. That’s how blues music evolves while at the same time preserving its roots. Four years ago, a bug bite in Puerto Rico gave Buddy viral encephalitis, which nearly killed him. His brain swelled and baked, sending him into a coma for months. He had to relearn how to walk, speak, and play the guitar. Meeting this musician was humbling, to say the least. Check out this video, he’s back and once again the real deal: www.youtube.com/watch?v=wfhJWsYn6Hk 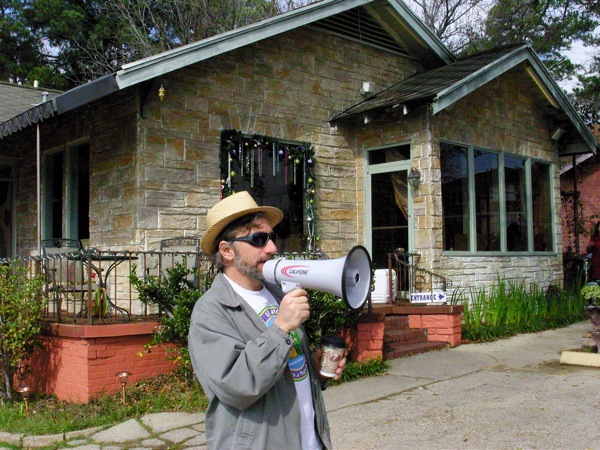 The living room-casual Columbia Café serves epic grits and grillades (www.columbiacafe.com). Also impressive, the Columbia Café’s owner, Matt Linn, started the spin-off Krewe of Highland Parade seventeen years ago with a shopping cart and a buzz. This independently minded daylight procession now has dozens of nifty floats and is savored by half the city. It’s a true neighborhood affair, with less pomp and more dancing than the other parades… 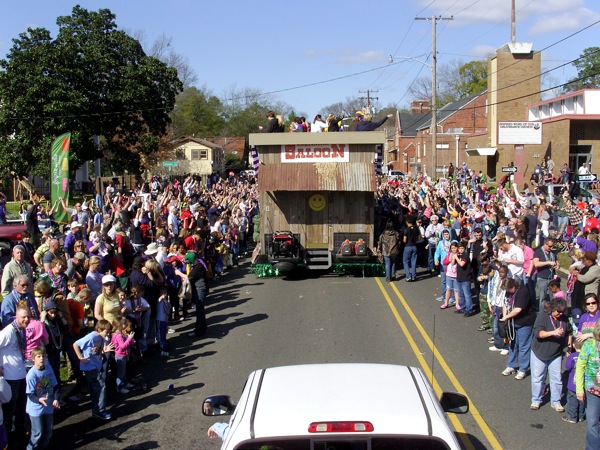 …Riding upon on a float and winging beads to miles of fanatical crowds was my chance to experience what it’s like to be honored in a Super Bowl parade. www.thekreweofhighland.org 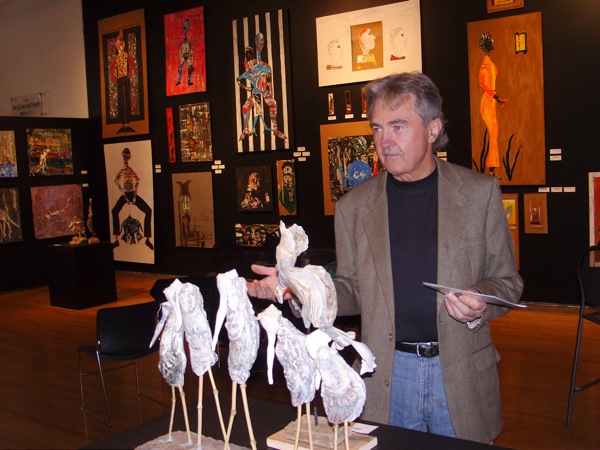 Artspace, a gallery on a mission to inspire, has three floors that connect artisans with the community. Featured multi-medium artist (and veteran psychiatrist) Dr. Pat Sewell cleverly demonstrates through his sculptures and paintings how we often wear our emotions on our faces, no matter how hard we try to hide what we’re feeling. www.artspaceshreveport.com 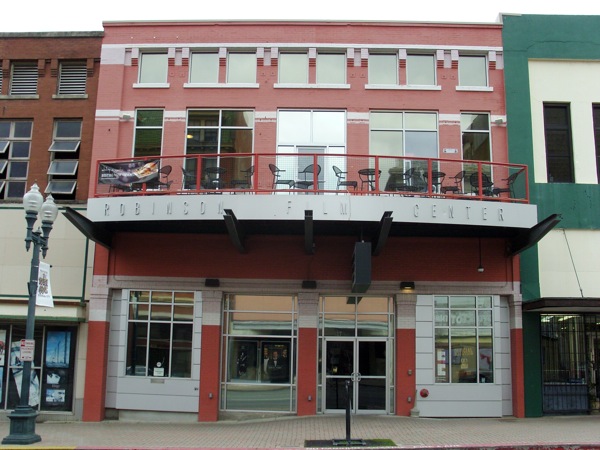 The Robinson Film Center’s intimate two-screen state-of-the-art theaters with Lazy-Boy seats, also have an inviting bar and restaurant. The non-profit two-story art house hosts filmmaker forums, plays, and courses on film and media education for all ages. Shreveport is a popular film location setting, making this a magnet for the many actors and artists working here. Mobile cocktails permitted. www.robinsonfilmcenter.org 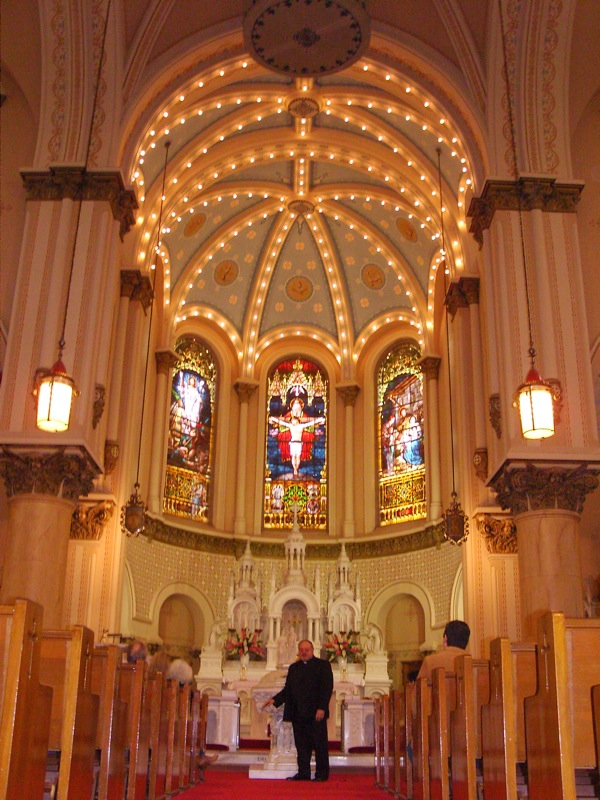 Established in 1856, the dazzling Holy Trinity Catholic Church was relocated two years later. Five of its priests lost their lives treating the victims of the Yellow Fever epidemic of 1873. The present church, in Romanesque Revival style, was built in 1896. Monsignor Earl Provenza welcomes all as friends. www.holytrinity-shreveport.com 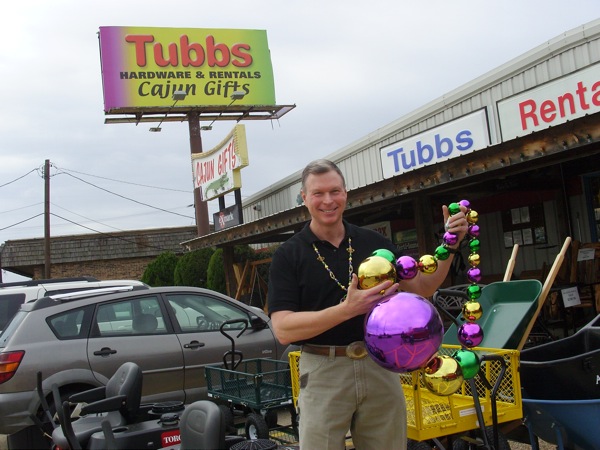 Tubbs Hardware & Cajun Gifts, where hardware meets hot sauce, is the Barnum & Bailey of the hardware world. It provides Shreveport’s seasonal essentials, peddling more Mardi Gras beads and King Cakes than screwdrivers. Here you’re treated like a guest, as opposed to being just another number. www.tubbshardware.com

* More information on all things Shreveport-Bossier is on www.shreveport-bossier.org or (888) 45-VISIT. For Mardi Gras details, visit www.kreweofgemini.com

* I nicknamed Shreveport “Louisiana’s Buffalo,” and plan on returning.