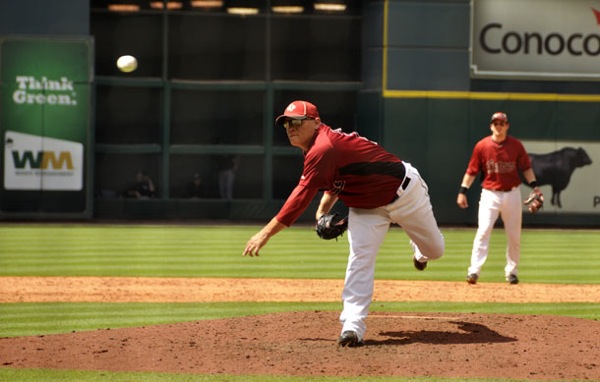 The Long Island Ducks announced the signing of left-handed pitcher Gustavo Chacin, a former Major Leaguer who will begin his first season in the Atlantic League and 14th in professional baseball.

“Gustavo brings a tremendous amount of Major League experience to our rotation,” Ducks President/General Manager Michael Pfaff said in a statement. “We are excited to see him on the mound this season.”

Chacin joins the Ducks having spent parts of five seasons in the big leagues with the Toronto Blue Jays and Houston Astros. The left-hander’s best year came in 2005 with Toronto when he went 13-9 with a 3.72 ERA and 121 strikeouts in 34 games (all starts), earning a fifth place finish in the American League Rookie of the Year voting.

The Venezuela native is a veteran of 259 minor league games (150 starts) and has a 65-53 career record with a 4.23 ERA. In 2004, he was named Eastern League Pitcher of the Year and Toronto Blue Jays Minor League Player of the Year. Chacin was originally signed by the Blue Jays as an undrafted free agent in 1998.