Singer-Songwriters are ruling the music scene. Check our this cross-section of the genre for your spring listening pleasure. 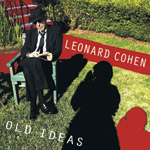 The brooding bard of romance and salvation is back. The repeated lines and folk-noir musical backdrop with electronic flourishes and spoken word vocals now fit as comfortable as a well-worn dinner jacket. The music is a distant echo of a forgotten dream, with Cohen desperately pacing the dark, lonely streets at night assessing where he’s been and how time may be running out. While Cohen sings of old ideas, he sings them with the heart of a young man still very much confused, torn and broken-hearted about love. Cohen gets better with each new album. 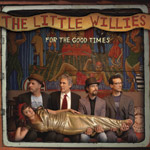 The Little Willies
For The Good Times
(Milking Bull/EMI)

The Little Willies released their eponymous debut six long years ago. The group consists of Norah Jones, Richard Julian, Jim Campilongo, Lee Alexander and Dan Rieser. Julian is an accomplished singer-songwriter in his own right and Alexander and Rieser played with Jones on record and on tour. Along with Campilongo, they’re all part of the New York music scene. Jones shines the brightest on these two albums of primarily covers of country classics amidst a few originals. Dolly Parton’s “Jolene” is the newest album’s gem, spotlighting Jones’ aching vocals. 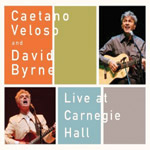 Byrne’s passion for bossa nova music makes this seemingly odd pairing work. Veloso starts the show with romantic acoustic Brazilian songs, slowly introduces his band and then brings out Byrne. Byrne does a surprising number of Talking Heads songs, but he imbues them with the quirky, buoyant rhythms of South America. Let’s hope these two musical world citizens bring this show back to New York. 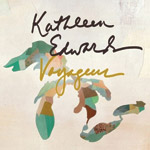 Kathleen Edwards makes her breakout recording on Voyageur, her fourth album in nine years. She co-produced the album with the help of her husband Justin Vernon (frontman of Bon Iver). Edwards broadens her sound beyond the singer-songwriter field, with just the right touches of modern production ideas. Her gorgeous voice and beautiful melodies never sounded more accessible. 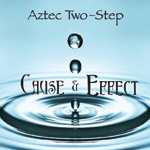 Aztec Two-Step is very busy these days with many projects, including its Simon & Garfunkel tribute shows and CD. This collection includes classic Aztec Two-Step songs, reworked tracks and new music. The folk/rock duo is poised for a rebirth thanks to the continued influence it casts on music today. One can hear echoes of the group’s sound in alternative bands such as Dawes, Death Cab for Cutie and, especially, My Morning Jacket and other related Yim Yames projects.