Last month, demonstrators in Uniondale and Hauppauge were mistaken as Occupiers and removed, but their commentary on popular social media sites proves a lot more is happening on Long Island than just 99% angst.

Top New York State officials may deny it, but plans for Long Island, Block Island and Fishers Island to become the nation’s 51st state appear well underway. While this movement is propelled by a petition gone viral on Facebook and Twitter, it also has the support of area movers-and-shakers working through an energetic new conservative think-tank. Long Island musicians, Billy Joel and Dee Snider among them, staged a fundraising concert. Jennifer Lopez, who performed the “Star Spangled Banner,” vowed her support stating, “From my Puerto Rican heritage to my apartment in Manhattan to my current home in Nassau County, I’m an Islander through and through.” This arsenal of brainpower, money, star power and grassroots enthusiasm makes this lunge toward Long Island statehood, which surfaces every decade, more credible and potent than ever. Even statewide economics play favorably in the leaked analysis. This. Could. Happen.

New York Governor Andrew Cuomo, while taken by surprise by the news in Albany, and therefore vehemently opposed to the transition, indicated a willingness to entertain offers regarding pension relief once the situation was explained to him. His spokesman said only that the governor already considered thousands of retired Long Island cops, teachers, firefighters and clerical workers unfunded mandates. Insiders claim that a study in draft form, commissioned by Long Island Acquires Statehood (LIAS), was leaked to local media in Albany in summary form last week.

Democratic Leader Sheldon Silver refused to comment until he sees the entire report. “First of all, I don’t get worked up about drafts. Andrew should know better than that or his father should have told him. Pick up a damn phone. Ferret out the leaders. Lean on the bastards. Second of all, what’s in it for me?” On the other side of the debate, Representative Peter King, often hailed as a human rights activist, is concentrating on tightening access points. His publicly-funded committee has been researching construction of a moat in our vulnerable bays. 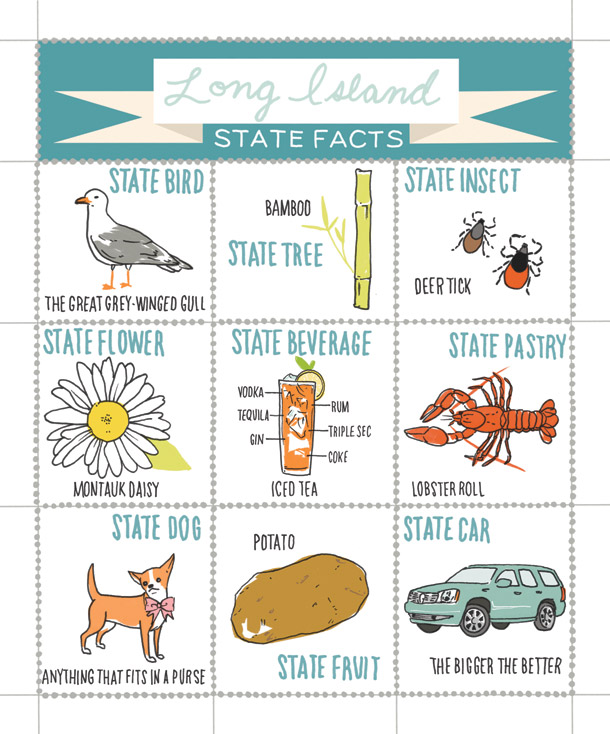 The new state capitol will be in Long Beach, revitalizing the boardwalk and boosting real estate values in Point Lookout. There will be nightly fireworks by “You know who,” D’Amato promised Islanders. “Hey, here we are, sitting fat, dumb and happy on America’s front porch. And we don’t cash in? Fuggedaboutit. Attention must be paid. And you can forget that stupid Hub, Bub.”
Bub, according to a D’Amato spokesperson, apparently refers to philanthropist Dr. Charles Wang.

Political observers argue the notion that combining fiscal nightmares Nassau and Suffolk into one state—divided into Nassau, Suffolk and Peconic Counties—will streamline management and limit nepotism is preposterous. The LIAS report says otherwise and envisions a renaissance by the sea. Each county will get a tribal casino and a federal courthouse named after a celebrity. Tolls will be collected on the Long Island Expressway and Meadowbrook Parkway to pay for these upgrades.

And the stars continue to come out, although in varying degrees of cool. Steve Israel has remained characteristically sphinxlike, offering little more than a coy wink when asked about his recent purchase of How to Draft a Constitution in 30 Days. And rumors are circulating that Secretary of State Hillary Rodham Clinton has recently been seen with a real estate agent in Long Beach.

On the plus side for local businesses, Long Island will need its own coat of arms, a state bird, insect, dog, flower, tree, motto and access to federal block grants. At the “We Are 5-1-6 and 6-3-1” concert, Billy Joel agreed to revisit “New York State of Mind” if Dee Snider would pledge himself for backup vocals (the two are currently collaborating on the first state motorcycle). Work for some, added costs for others. “Stimulus,” says the LIAS, which is headquartered in Hauppauge, Mineola and Cutchogue. LIAS also argues that statehood would strengthen our hand in dealing with China.

“Look on the bright side,” a LIAS spokesman said. “At least we won’t have to help out those ingrates in Rochester or the Bronx anymore. And any casino money stays right here, where it belongs. With our Indians. We also think it’s an incredible opportunity to get some very experienced hands back on deck. We certainly know what these men are capable of.”

Suffolk County Executive Steve Bellone refused to comment on the issue and suggested people not get their “knickers in a knot.” He pointed out that he was very good looking for his age and that should help draw tourism dollars to Suffolk. Nassau County Executive Eddie Mangano called the study, “Self-serving balderdash from pin-headed police unions and their minions. We’re getting that Hub for Bub. The Islanders are going nowhere,” he pronounced.

“To tell you the truth, I’m not so sure about this,” said Robert Gaffney, former Suffolk County Executive and former president of Dowling College in Oakdale. “The whole thing sounds cockamamie to me. Plus, two more US senators will just clog up the halls of Congress.”

With so many disparate opinions battling for supremacy, News 12 Long Island has scheduled a public forum to debate the move to statehood, on May 5, 2012 at 10pm on the main campus of the Touro Law School. Moderators include Professor Lawrence Levy of Hofstra University, author Nelson DeMille, Bob Grant of WABC, Lea Tyrell of News 12, Greg Cergol of NBC News and Dr. Siddartha Finch of Stony Brook University.