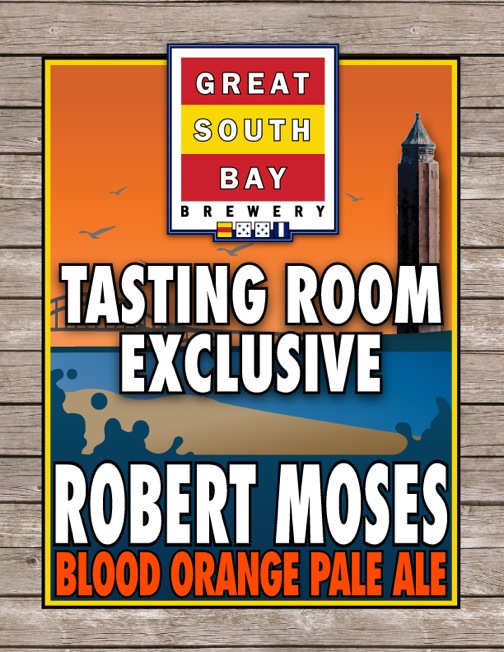 Remember back to the first time you ventured across the Great South Bay via the Robert Moses Causeway on your way to the beach? Well, we’ve captured that feeling in our Robert Moses Pale Ale! This well-balanced, sessionable American-style pale ale will keep you refreshed all year round. Whether you’re fishing on your boat, sitting around a campfire, or relaxing in your back yard, the fresh aroma of American hops paired with the crisp taste of the pale malts will bring you back every time. We’ve taken the Robert Moses Pale Ale that you’ve come to enjoy and took it to the next level with the addition of blood oranges to give it a slightly more citrus character with just the right amount of bitterness you’d expect from an American-style pale ale.