Spring is often portrayed as the dog days of the movie business. Many think of it only as a time when the major studios dump their failed projects, clearing the decks for summer’s seemingly endless parade of blockbusters. There is some truth to this image, but it is also a time when smaller films have a chance to shine. Here are a few upcoming highlights:

I Wish (May)
Any film from Japanese master director Hirokazu Kore-Eda is a special event for film lovers, but I Wish is a particular pleasure. This gentle story of two young brothers who resort to magical thinking in an effort to reunite their divorced parents is Kore-Eda’s most delightful and accessible film. The media is full of reports about a new bullet train, which becomes an obsession for one of the brothers when he hears a legend that any wish made at the point where the bullet trains cross paths will come true. With a bunch of other kids, he sets off to take advantage of the magic moment, but nothing goes as planned.

The Best Exotic Marigold Hotel (May)
After years of only appearing in James Bond movies, Dame Judi Dench is back, bringing joy to art house theaters across America. In this predictable but charming trifle, she teams up with an all-star British cast (Maggie Smith, Tom Wilkinson, Bill Nighy) to tell the lively tale of a group of English senior citizens who meet at an Indian hotel that’s a little less posh than they expected.

Moonrise Kingdom (June)
Wes Anderson’s quirky flicks (Rushmore, Bottle Rocket, The Darjeeling Limited, The Royal Tenenbaums, The Life Aquatic, The Fantastic Mr. Fox) can be uneven, but this luminous saga of first love, adventure and scouting is one of the year’s best movies—and arguably the best of his career. New Penzance Island is a pretty sleepy place in 1965, until two kids in love run away and turn everyone’s lives upside-down. 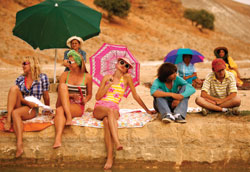 Anderson has assembled an amazing cast that includes Bill Murray, Tilda Swinton, Bruce Willis, Jason Schwartzman, Edward Norton, Harvey Keitel and Frances McDormand, but newcomers Kara Hayward and Jared Gilman steal the movie as the young lovers on the run. Look for a full review in the June issue of Pulse.

Where Do We Go Now? (June)
The story of a group of Lebanese women trying to ease religious tensions between Christians and Muslims in their village might not sound like a crowd-pleaser, but this entertaining new flick from Nadine Labaki (Caramel) won the Audience Award at the 2011 Toronto Film Festival and has been delighting audiences around the world.

Beasts of the Southern Wild (June)
Ever since it premiered at the 2012 Sundance Film Festival (and won the Grand Jury Prize), critics and audiences have been raving about Benh Zeitlin’s lyrical portrait of a six-year-old girl trying to survive in a struggling community in the Louisiana Bayou. The film’s visual beauty and fascination with nature have drawn comparisons with the work of legendary filmmaker Terrence Malick. 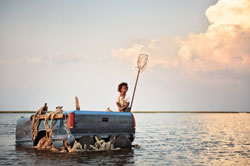