Teri Kroll had no reason to believe things would go terribly wrong when she took her 19-year-old son to see the doctor.

Timothy Kroll was a 6-foot-3, affectionate, energetic kid who got along well with his parents. He loved surfing and snowboarding and messing around with computers. He earned As and Bs in high school and was pursuing a couple of degrees at SUNY Farmingdale.

But Tim suffered from severe headaches. So Teri took him to see Dr. Saji Francis, a pain specialist in Massapequa. The doctor said, “Don’t worry, we can take care of this,” recalls Teri. Dr. Francis prescribed a variety of medications including the painkillers OxyContin and Percocet. Within months, Tim was addicted. From there, he began an agonizing four-year downward spiral: Rehab, relapses, painful withdrawals and multiple suicide attempts. At one point, Teri believed her son had stopped pill popping only to find that he switched to heroin and other street drugs.

It was a weekend in August three years ago. Things had been going well; Tim seemed clean for eight months. He came home talking excitedly about his new job as a computer network technician, then went up to his bedroom. The next morning, the phone rang. It was Tim’s boss wondering why he hadn’t shown up for work. It was unlike Tim, Teri says, especially since he had been saving up to buy a baby gift for his pregnant sister. Tim’s father went upstairs but couldn’t wake him. They called 911. Teri stayed with her son as her husband let the dogs out and moved furniture to make room for the ambulance crew to work, just as he had done several times before.

But Tim didn’t wake up this time. 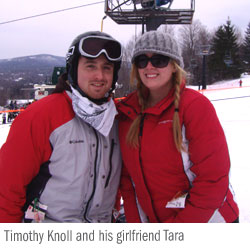 Timothy Kroll is one casualty in a gathering storm of epic proportions. Prescription painkillers have overtaken heroin as the number one drug problem on Long Island. The NY State Attorney General’s office says oxycodone prescriptions jumped 82 percent in just four years. Treatment centers on LI recorded more than 3,600 admissions for pain pill addictions in 2010, double the number in 2006. According to medical examiner records, 241 Long Islanders died with pain meds listed as a cause of death last year alone. But that doesn’t take into account all the deaths that pill popping may have triggered indirectly—like fatal car accidents, drownings and heart attacks, according to Dr. Jeffrey Reynolds, Executive Director of Long Island Council on Alcoholism and Drug Dependence. And no statistic can describe the pain of torn-up families and the dead-ending of hopeful young lives.

In addition to the human toll, there’s another huge cost. Taxpayers have lost millions from abusers who use Medicaid to pay for their meds. And treatment for recovering addicts isn’t cheap either. At the Seafield Center in Westhampton Beach, it costs about $12,000 to put a single patient through a 28-day program and Medicaid pays for about 40 percent of the Center’s 1,800 annual cases. These numbers add up to more than 8 million in tax dollars for that facility alone.

The crisis exploded onto the public radar when David Laffer gunned down four people in a Medford pharmacy on Father’s Day 2011. Video of Laffer’s spooky, thousand-yard stare as he was escorted to jail has become the symbol for this threat that somehow emerged from a dark inscrutable place in the heart of suburbia. It now stalks all of us as we make routine runs to the drug store for milk or chewing gum. And the threat is following us into our homes. Police blame prescription drug abuse for a recent rash of burglaries in Nassau.

The crime is understandable when you consider the profits from illegal pill peddling. A single, 30-pill bottle of OxyContin sells for about $2,400 on the street, according to Reynolds.

What makes it even more insidious is that this drug epidemic wasn’t born from glassine envelopes, syringes and powders concocted in basement labs. This stuff is actual medicine—prescribed by doctors. And the abuse often starts with raiding a medicine cabinet at home. “It’s very common for us to hear, ‘Oh yeah, the first pill I took was my dad’s pain medication, my dad’s back medication,’” says Anita Young, corporate director of clinical services for Seafield Center. Young says pain meds are a “gateway” drug that most often leads to heroin.

And sometimes doctors themselves turn out to be little better than drug dealers. The physician who supplied Timothy Kroll was arrested and convicted after authorities say he was caught on video peddling prescriptions for cash—just blocks from Massapequa High School. It was a bitter revelation for Teri Kroll. “You never think as an innocent person that a doctor is going to work toward your demise,” says Kroll. There have been other bad doctor stories as well: New York City’s special narcotics prosecutor arrested a New Jersey physician who allegedly prescribed thousands of pills to David Laffer in the two years before the Father’s Day massacre. And a Baldwin Harbor doctor was charged with selling painkiller prescriptions from his car and the front porch of his home. Both of those cases are working their way through the courts. At the same time, several other LI doctors have either been charged or are under investigation.

But while accused doctors grab most of the headlines, they’re not the main issue. Only about one percent of doctors intentionally profit from pain pill addicts, says Reynolds. And they’re only responsible for about 20 percent of the problem. He says most of the abuse stems from “well meaning” physicians who don’t take the time to question patients carefully to see if they need drugs for pain or if they’re just feeding an addiction. 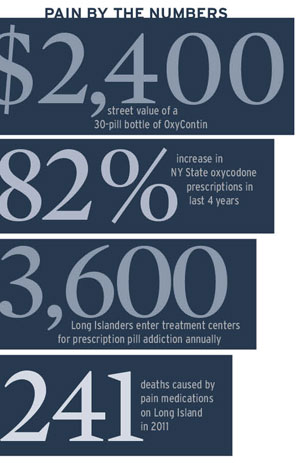 “I think doctors with a significant amount of time and cost pressures will say, ‘Let me treat the pain and move on to the next patient,’” Reynolds says. “Reimbursement rates are such that a doctor has seven to ten minutes with a patient and then on to the next one.”

Doctors point out they’re also badgered for not doing enough to help patients who are legitimately in pain. Dr. Marc Yland, who runs a pain management practice in Huntington and Stony Brook, says physicians fear they may be sued if they deny pain medication to a patient. And many worry about touching off a nasty confrontation in the office. “It’s very difficult to say no to a patient—including ones you should say no to,” Yland says.

What’s hard to dispute is that it’s currently way too easy for a pain pill abuser to walk into a medical office and talk his way into a script for his next fix. In fact, many visit several doctors—telling each a story about a bad back or severe headaches. “A good 80 percent of the time, I’m walking out with a prescription,” says “Mike,” a recovering addict and veteran of this gambit known as “doctor shopping.” While there is a system to prevent doctor shopping and other scams, critics say it doesn’t work very well.

The NYS Department of Health runs a computer database that is supposed to keep track of prescriptions and patients. It’s where pharmacists are required to enter every script they fill. The problem is that since pharmacists don’t have to input it more than once a month, the information is old. Worse, doctors are notified by the system only if a patient tries to have two or more prescriptions filled by two or more doctors at two or more pharmacies. That leaves a huge opening for scammers. “If I fill four or five prescriptions all at the same pharmacy in the last two weeks, then my doctor won’t get any information,” says Dr. Frank Dowling, spokesman for the Medical Society of the State of New York, an organization of doctors.

Pharmacists are also in the dark since they aren’t allowed to access the system to see whether a prescription is genuine or whether the customer has been to other pharmacies or more than one physician for the same meds. “We have no idea if a doctor writes a prescription if the prescription is legitimate, if it’s stolen, what condition it’s used for, what diagnosis it’s used for—we have absolutely no idea,” laments Jordan Fogel, supervising pharmacist at Linden Care in Syosset. To top it off, doctors aren’t required to check the database before prescribing dangerous pain meds—and many don’t.

NY State Attorney General Eric Schneiderman has been pushing hard to replace the current prescription monitoring system with a new one called I-STOP. All doctors and pharmacists would be required to enter and check information every time they prescribe meds containing controlled substances. And unlike the current system, the data would be real time—instantly available to all users. “It’s time to take action before another tragedy strikes,” Schneiderman told the crowd at a February press conference in Mineola.

The bill attracted bipartisan support and nearly 100 co-sponsors in the state legislature. It was also endorsed by US Senator Kirsten Gillibrand, more than 20 congressmen and a bevy of law enforcement groups. But it went nowhere fast: Groups representing doctors and pharmacy chains fought back. While they favor major improvements to the existing system, they claim I-STOP would overload health professionals. 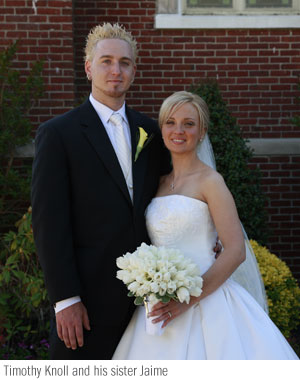 “It’s quite an extreme burden to expect every physician or every prescriber to check each and every patient each and every time they prescribe, as well as to enter that prescription before that prescription is given to the patient,” argues the state Medical Society’s Dr. Dowling. “Physicians are already faced with one after another of mandates from the state, from the federal government, from insurance companies…so anything else would be too much.”

Dowling warns that doctors wary of I-STOP’s fines and penalties might just stop prescribing pain meds, and “we’ll have even more of a problem to address the legitimate pain needs that patients have.”

I-STOP’s supporters say the state’s doctors have been making a huge fuss over a couple of extra keystrokes. “My doctor does everything he needs to do in order to get paid by my health insurance company,” says Reynolds. “It would appear to me that preserving our public health is at least as important as getting paid.”

The politics of painkiller legislation are also testy. As chair of the Senate Health Committee, State Senator Kemp Hannon (R) of Garden City is right in the center of them. Two thirds of the state senate is co-sponsoring the I-STOP bill, but Hannon hasn’t let it come to a vote. Hannon says he believes in the goal of “providing current information about who’s prescribing, who’s been prescribed,” but he’s holding out for a compromise that Governor Cuomo will sign off on. “At the end of the day, you have to have two things from the executive: One is the governor’s signature on any new law and second, funding for that proposal in getting it done.” Cuomo himself has been quiet about I-STOP. However, at the time of deadline for this article the governor was leading behind-the-scenes talks aimed at striking a deal on the bill.

Reynolds and others who work with pill users and devastated families say the long wait has already cost too many lives. Teri Kroll agrees. Kroll, who now counsels parents of drug abusers, hopes the legislature will pass I-STOP and step up funding for treatment to spare others from the pain of losing a loved one.

“I can’t get myself upset over the would-haves and could-haves and should-have-beens,” says Kroll. “You know what, maybe it’s going to save somebody tomorrow. And that’s a big deal to me. And I know there’s a six-foot-three kid standing behind me saying, ‘You know what, mom, yeah, you’re right.’”