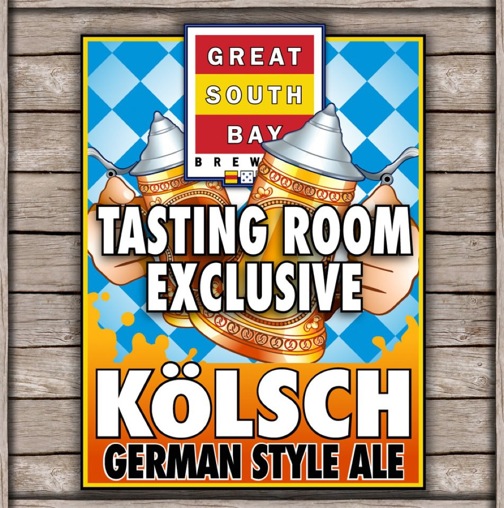 According to Phil Ebel, director of sales and operations, “about 175bottles were produced.”

Traditionally brewed in Cologne, Germany, this style of beer has taken on many different names over the years. Most Americans have had a beer or two that they never even knew was a Kölsch style ale. Craft Brewers have been brewing styles such as Summer Ale or Golden Ale using this style as their guide for years. This brew starts with an all German Pilsner Malt base with the addition of Hallertau Mittelfruh hops. We then ferment this beer at ale temperature and then condition it at lagering temperature to bring through a clean crisp taste that is reminiscent of lighter lagers, but with elements you’d expect to find in an ale.

Having the opportunity to share our passion of brewing different styles and sharing them with the public is what makes what we do an honor and a privilege. Now lets raise our glasses and say it together…PROST!