This summer, when you’re at the beach getting your glow on, at the restaurant putting the feed on, or at a club getting your groove on, don’t forget the many live theaters in this area putting a show on. With a mix of the tried-and-true as well as the new, Long Island theaters brim with talent, creativity and ambition, even in the months when air conditioners compete with vocalists and sunshine challenges the wattage of footlights. 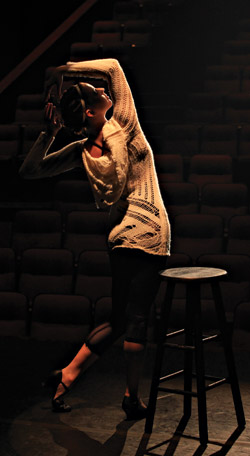 Arena Players
Now 62 seasons young, Long Island’s oldest resident professional theater was all set to offer the sexy comedy-drama Venus in Fur, but David Ives’ play ended up getting a second life on Broadway, so Arena lost the rights. Instead, they’ve pushed up the dates for Joe Orton’s dark comedy, Entertaining Mr. Sloane, and added William Mastrosimone’s first play, 1979’s The Woolgatherer, about the budding romance between a shy salesgirl and a coarse truck driver. Mastrosimone’s well-known revenge drama, Extremities, was staged by Arena in summer 2003.
Schedule:
6/1-6/24: Entertaining Mr. Sloane
6/29-7/22: The Woolgatherer
July-August: Macbeth and The Taming of the Shrew.
Arena Players performs at the Vanderbilt House, 180 Little Neck Road, Centerport. 516-293-0674, arenaplayers.org.

Drew Theatre
Perhaps the most intriguing of the many theater and cabaret offerings in Guild Hall’s summer season is The Painting Plays. It’s a one-night benefit performance (Sept 1) in which readings of short plays by well-known Long Island dramatists will be paired with paintings that inspired them. Among the playwrights are Jenny Lyn Bader, Joe Pintauro and Pulitzer-winner Marsha Norman.
Schedule:
6/7-7/1: Luv
7/9: The Mikado
9/1: The Painting Plays
Guild Hall, 158 Main Street, East Hampton.
631-324-4050, guildhall.org. 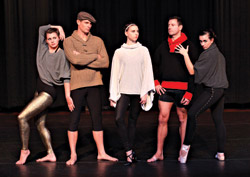 Smithtown Center For The Performing Arts
A sleeper hit on Broadway two seasons ago, Eric Simonson’s Lombardi (Sept 8-30) tells two stories. One is of football coach Vincent Lombardi turning the Packers into a dynasty. The other is of Marie Lombardi, who left the comforts of New York to follow her dyspeptic, yell-a-minute husband to the arctic unknown that is Green Bay, Wisconsin.
Schedule:
4/14-6/24: Avenue Q
7/7-7/29: Hair
9/8-9/30: Lombardi
2 E. Main Street, Smithtown. 631-724-3700, smithtownpac.org.

Theatre Three
A housewife suffers a nervous breakdown while her family implodes. No, it’s not the new season of Mob Wives; it’s the plot of next to normal, the 2010 Pulitzer- and Tony-winning musical by Tom Kitt and Brian Yorkey. So while other theater companies are putting on musicals with songs like “Some Enchanted Evening” and “Get Me to the Church on Time,” the normal cast will be belting out such pop-rock ditties as “Aftershocks,” “The Break” and “My Psychopharmacologist and I.”
Schedule:
5/19-6/23: next to normal
412 Main Street, Port Jefferson. 631-928-9100, theatrethree.com.