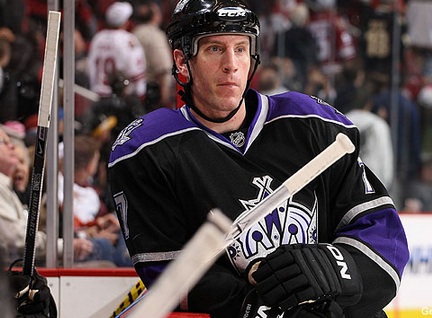 As with any major sporting event, we try and find the Long Island angles. It’s rare that Long Island natives play for a chance to win the Stanley Cup considering there are only a handful of island natives associated with NHL teams.

It’s even more rare when someone from Long Island wins a Cup, since it’s only been done once in history. And now Rob Scuderi, who became the first island native to hoist Lord Stanley when he did it with the Penguins in 2009, will have a chance to repeat history as he and his Los Angeles Kings teammates face the New Jersey Devils in the Stanley Cup Finals this week.

Scuderi, who made his NHL debut with Pittsburgh in 2003, hails from Syosset, N.Y. and brought the Cup to Long Island after he won it the first time in ’09.