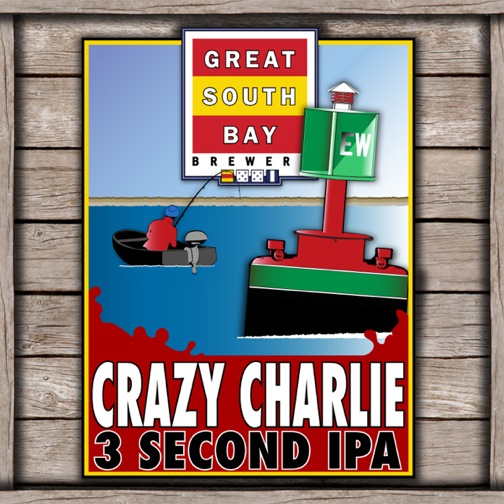 Inspired by the Great South Bay’s most popular buoy and fishing spot, Crazy Charlie 3 Second IPA is the latest installment in a string of hop experiments that we have been brewing at GSB. Coming in at 7% abv and 75 IBU’s, this beer wallops you with fresh hop flavor and fragrant hop aroma disseminating from the choice American hops used in this brew. The big hop flavor is backed by a malty backbone which is perfect for a long summer day spent on the boat. So grab your fishing pole, and some Crazy Charlie IPA and enjoy all the splendor of the Great South Bay.