Exotic and sultry sounds make for the perfect soundtrack for summer sipping near the backyard firepit. 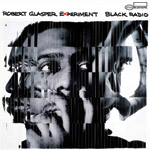 Robert Glasper might singlehandedly revive jazz. His fourth Blue Note outing owes a musical debt to soul, r&b and hip-hop, but his reimagining of jazz music for a new audience is creating a huge stir. There are so many influences here from the world of 70s soul and jazz, back when visionary artists like Stevie Wonder and Miles Davis would mix r&b with jazz, and jazz with the pop of the day (rock). This is easily the most important album released thus far in 2012. 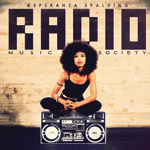 Esperanza Spalding also uses radio as a metaphor for broadcasting her unique musical vision, reimagining jazz for a new audience. On the follow-up to her Grammy-winning Chamber Music Society, the bassist revives the big-band idea. With a plethora of horns, she still manages to keep the mood mellow. The album is a likeable mix of effortless soul and brassy horns. Spalding’s composition and arrangement are deceptively simple. This is another artist who is part of the current jazz revival. 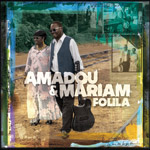 Amadou & Mariam are part of a thriving world music scene based in Paris. The duo continues to work with rock and pop artists without watering down their ancient roots-based sound. With a cosmopolitan approach to African music, the two musicians are attracting all kinds of music fans. While the group’s previous two Nonesuch albums were truly revolutionary, this album still includes plenty of great music. They may attract more fans as their sound is incorporated into the music of other, non-world-music artists. 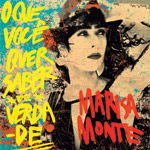 Marisa Monte is the rare Brazilian artist who is as popular in New York as she is in Rio. Her singing is a thing of beauty, yet her music always has an edge. Though Brazilian music is often inherently romantic, Monte infuses her sometimes-provocative songs with playfulness. It is helpful that Monte is releasing recordings on a label with such wide distribution in the United States. Thankfully, she doesn’t alter her sound in any way to achieve a larger US following. 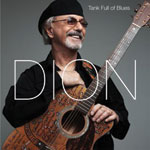 This live cd features performances by Jack Johnson, collaborating with the likes of Willie Nelson, Eddie Vedder, Dave Matthews, Ziggy Marley and many others. The performances are drawn from six years of the Hawaii-based Kokua Festival, which supports environmental education in the state. Johnson wrote many of the songs, but highlights include “Take It Easy” featuring Jackson Browne, “Further On Down the Road” featuring Taj Mahal, and the all-star finale, Bob Dylan’s “I Shall Be Released.”