A man waits to place his bet. Players come and go but the man lingers. A seat opens. The man moves to claim his spot at the table, but the dealer stops him. “No deals for you. It’s not your time yet.” The man thinks, 12,000 years and it’s still not time?

The Shinnecock Indian Nation has been remarkably patient as they plan to build a full-service casino on Long Island. First, they had to be federally recognized, not merely present on their own Southampton land for some 550 generations. They applied in 1979 and waited an additional 32 years to become the 565th federally recognized tribe in the United States. Then, an arbitrary 2009 United States Supreme Court ruling insisted that tribal recognition occur before 1935 to accrue key gaming rights. As things progressed, Suffolk County asked the tribe to find a site away from their Southampton reservation because a full-sized casino on the South Fork would tarnish the East End and strangle Montauk Highway. Most locals prefer the tribe swap claims on tribal lands for the chance to build in a smarter location. Meanwhile, scores of Long Island gamblers, politicians and unemployed workers would like to see it happen soon, regardless of where.

“Angelina” would love to place a bet with the Shinnecock. “I was still a young woman when they thought of a Shinnecock casino.” A Long Island single who lives near the Nassau-Suffolk border, Angelina makes trips to Atlantic City or Yonkers Raceway at least once a month, frequently traveling alone. She also visits the Connecticut casinos by ferry and would like to shrink the commute.

So would “Joe,” a single professional and eastern Suffolk resident who loves poker and blackjack. He might even stop on his way home from work if a Yaphank or Calverton location is chosen. He also pointed out on a map the decommissioned nuclear power plant at Shoreham, where a ferry across the Sound could take advantage of water traffic.

“Max” is a professional gambler, three years out of college, earning a living at the tables. “Getting a casino on Long Island would be awesome. I currently play in a private poker game three nights a week and play online and visit Atlantic City frequently as I transition to more live play.”

“I’m rooting for the Shinnecock,” Angelina says. “I’d go to the place that was closer and safe. Putting it at the Nassau Coliseum or even Jones Beach would be fine. I’ve often looked at the barrier beaches of Long Island and wondered why so little is commercially developed.”

But in Albany a new governor facing a fiscal pit has other thoughts on how to fill the money hole—as many as seven full-service casinos run by non-Indians. His desire has brought the Shinnecock’s development action to a halt. Andrew Cuomo recently stated that the tribe would have to wait two years to even talk about a casino while the legislature amends the constitution and he entertains offers.

There was once a vision of three Shinnecock casinos, spaced like rest areas along the Long Island Expressway. Now, Angelina, Max and Joe would settle for one. The labor locals need jobs—union jobs with union wages. Politicians want tax revenue flowing into starving towns and New York State. “They do it in Connecticut and the Poconos,” Angelina says.

Newsday reporter Mark Harrington has followed the story for years and understands the harsh ironies and financial motives. “Thus far, every prospective site has a strong developer or politician backing it and an even more vocal citizenry deploring it,” Harrington said in 2011. “Government officials are eager to lure a casino to close their budget gaps. Civic groups are bracing for a battle to keep these things as far away as possible. Then the courts will weigh in. This could take a while.” 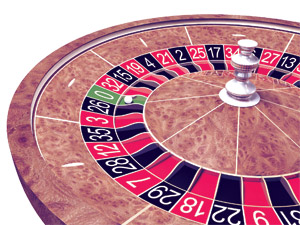 Larry Levy, former Newsday editor and current Executive Dean at the National Center for Suburban Studies at Hofstra University, saw other reasons for concern: “For years I’ve called casinos ‘economic fool’s gold’ because they tend to be seen as quick fixes that do nothing about underlying economic and social problems in their regions and distract from seeking other more enduring, more sustainable solutions. They also tend to cannibalize communities, churning and shifting wealth at the expense of the poorest people who spend—and lose—disproportionately. And, of course, they elevate all sorts of destructive behaviors that cost the community and the individuals dearly. You don’t find casinos in many suburban areas,” Levy said, “in part because they tend to be economically healthy and not in need of a crash solution.” Unless they are in need of a crash solution. (See Nassau and Suffolk Counties and now New York State.)

Besides the needed state and federal approvals, obstacles remain at every site. Most locals are opposed to wrecking pristine forests and beaches, and clogging already crowded roads, especially in their own backyards. Still, Angelina would like to see more hustle: “Why slow-walk this thing? We built the Empire State Building in a year. Somebody big doesn’t want the tribe to have it. That’s my bet.”

Joe thinks Cuomo wants to control the local competition for his out-of-state gaming investors/campaign contributors. But Joe is a poker player, a student of human nature and a deeply cynical man.

The Shinnecock issued a statement in opposition to the governor’s delaying tactics on June 6. “We aren’t a gaming corporation with no community ties, but a sovereign nation…what is ‘unrealistic’ is that we have to wait two years for the possibility of the legalization of commercial gaming while corporations enjoy free access to present their gaming visions.”

And so that man does not get a seat at the table, again. His chips don’t budge. His wager is not placed. He rakes in no pot. There is no local action for Max or Joe or Angelina. LI construction workers remain unemployed and the tribe waits marooned on their reservation.

Belmont
Belmont Raceway looked like a natural—until New York State Governor Andrew Cuomo decided that a Shinnecock casino at Belmont might crimp his Aqueduct racino action. Complicating matters for the tribe by diluting their product before it is even available, Cuomo is pushing a state constitutional amendment in 2013 that would allow non-Indian-run full-service casinos in New York.
Odds: Slim to none.

Jones Beach
New York State Assemblyman Steve Englebright (D-Setauket) heard about the Jones Beach notion in 2011, proposed as a way to fill coffers with tax revenue. Englebright, a geologist by trade, is known for his vigorous support of conservation and stewardship of the land. But in the Assembly, it is also his job to find money to pay for running New York’s state parks. “As much as I love Jones Beach in its pristine state, the math tells me a casino there could probably pay to run every other park in the state. So it would be irresponsible of me not to consider it, even if I’m personally opposed. Jones Beach can handle big events. Concerts there are routine going back to Guy Lombardo. It was designed to handle big events with lots of parking. It would not require a lot of new construction.”
Odds: 1 in 100.

Uniondale
The Hub is backed by the wealth and security of Nassau County, anchored by a great Coliseum, and was to be encircled by a monorail. But Hofstra University is opposed to a casino near their campus, as any good school that wants to protect its students would be. On April 18, 2011 the tribe and Nassau County announced they were close to signing a memorandum of understanding that could lead to a casino, hotel and convention center adjacent to the Coliseum. Local civic groups immediately announced their opposition and two days later, legal experts and former gambling officials expressed doubts that anything would happen quickly.
Odds: 1 in 50.

Calverton
Easy access to major highways and a thick wooded buffer are part of the rural charm of the Connecticut casinos—the sense you are in another world. The old Grumman property offers just those advantages, a wide-open space surrounded by woods with an excellent public golf course already next door.
Odds: 1 in 10.

Shoreham
In 1989, following serious accidents at Three Mile Island and Chernobyl, the Long Island Lighting Company and then-Governor Mario Cuomo agreed to decommission and close the nearly completed Shoreham nuclear power plant. Since then the valuable waterfront property has seen little use, though in 2007 the Cross-Sound Cable linking LI to the New England power grid was completed at Shoreham. The site would make a dazzling setting for a casino, but the costs to dismantle the aging plant are enormous.
Odds: One in a million.

Southampton
Who knows? If the tribe is ignored by the state it just might come to this—a limited bingo-hall casino in a very bad spot.
Odds: Getting better every day.

Expressway Exit 66
On April 26, 2011 then-Suffolk County Executive Steve Levy announced his plan to fast-track a casino at his moribund Legacy Village project in Yaphank. The pros? No university to protest, cheap land and at least some greenbelt to buffer it from suburban neighborhoods. The negatives? It was Steve Levy’s idea. Other Exit 66 options include any one of several open parcels including an old Estée Lauder plant on Nicholas Avenue.
Odds: 2 to 1.