i’d rather have the bruise than watch someone else do something getting it.”

art is not good just because it doesn’t fit over the dining room table. that doesn’t make it bad either. it can be a visual pun, a one-liner you tuck away for when you’re stuck in traffic. or something more provoking. and, if you can get over it, it doesn’t have to be about you. it can be about the artist. clayton orehek’s work is like that because clayton orehek is like that.

deeply methodical, his work is about solving self-created riddles. he imagines some challenge, finds his solution and then maps every step of the way. he’s a sailor, working with the various parts, negotiating wind and wave, swell and trough. lucky us, there’s usually some piece of art to stand testament to his process. all we have to do is look at it.

pragmatic and self-sufficient, clayton often works with glass because “it’s permanent. i like its endurance. i like its purity. i like the hardness, the difficulty of it.” that’s the irony: despite the tongue-in-cheek commentary inherent in most pieces, there’s nothing fluffy about it. but he’s not preaching. he actually doesn’t care what you think. “the satisfaction is in the concept and in making the piece. i don’t want to spin. if someone doesn’t like something i won’t tell them why they should…i’m very clear about what i do and why i do it…someone can’t buy that process.”

the choice of elements is about appreciating design or calling attention to shapes and purpose of angles. “it’s not nostalgic. i want to bring attention to things that were made in consideration of not having the luxury of time.”

it’s about man connecting with machine and us connecting with him through it. it can feel like Steampunk, with a Futurist accent. but there’s nothing anachronistic about it. 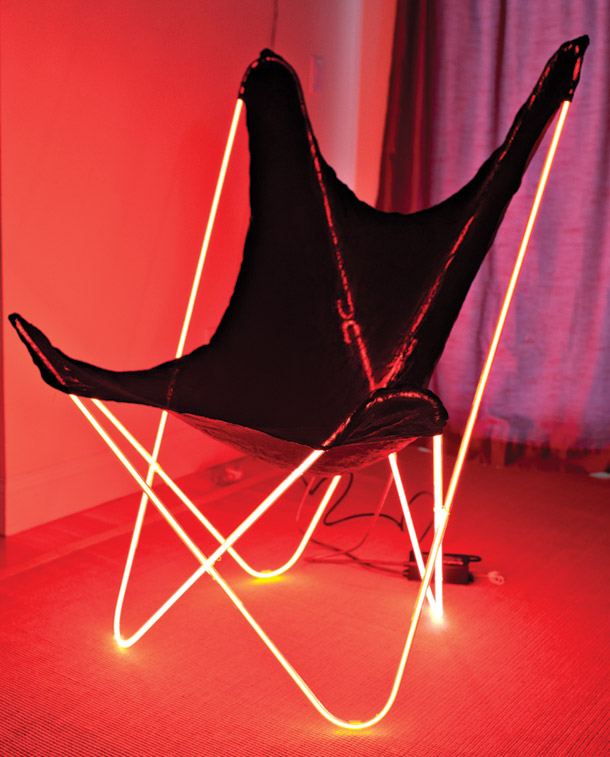 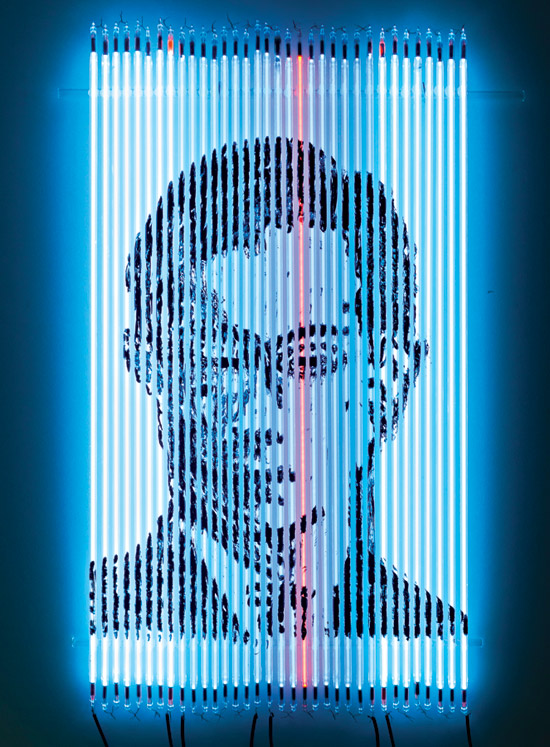 from top of the page: clayton orehek pictured with “seahorse #3,” “butterfly chair #5,” work in progress “portrait of stephen colbert”