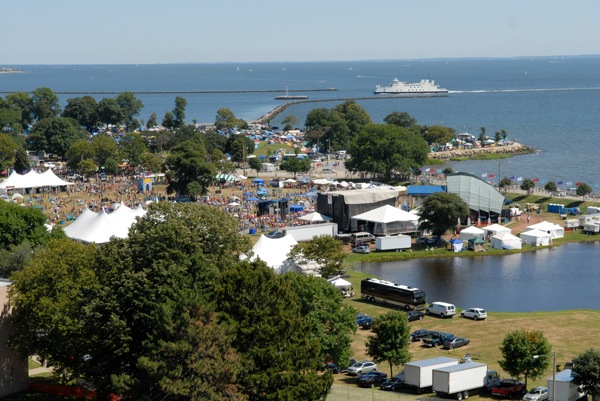 Gathering of the Vibes

When Grateful Dead leader Jerry Garcia passed away in 1995, he left behind millions of devoted fans—many who zigzagged across the country for decades, following the band and inspiring an inventive concert-area campout lifestyle. Since Jerry’s passing, that countercultural tribe has been dedicated to “gathering that vibe,” an annual four-day world-class music, arts, and camping festival tradition that has found a home in Bridgeport, CT. This July 19-22, headliners include former Dead frontman Bob Weir with Bruce Hornsby and Branford Marsalis, Phil Lesh & Friends, and dozens of other jam-oriented bands performing on side-by-side stages, allowing bands to play successively without interruption. Other organic, emerging bands jam on adjacent stages.

Ken Hays, Vibes founder, also started Terrapin Tapes, a Grateful Dead recording superstore. I caught up with the well-traveled Connecticut native to chat about concert-going fans dancing in Long Island Sound, and carrying on an epic American legacy that rocks beyond peace, love, and understanding. 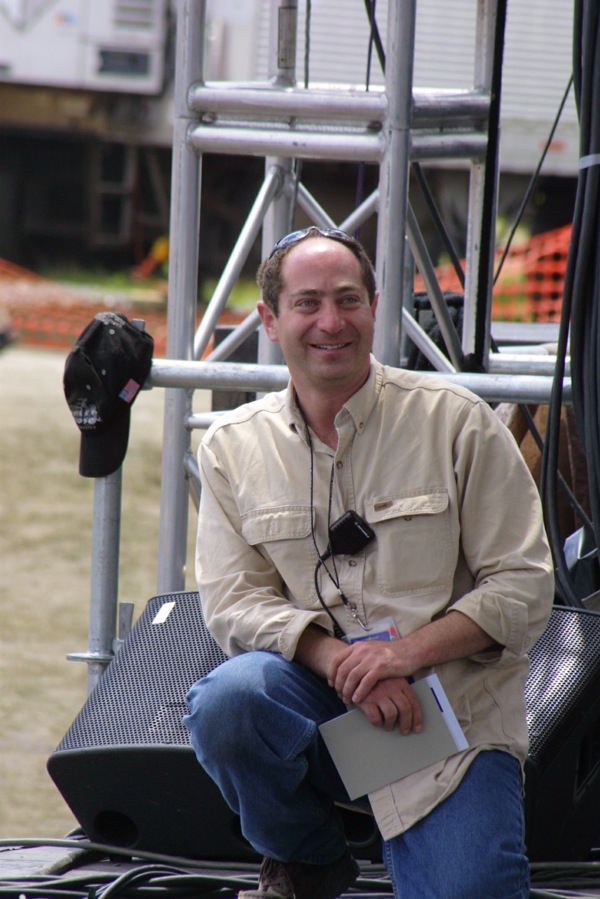 * What do most people not know about this music festival?

“There’s a heightened sense of community—and that it’s truly kid-friendly. In 2011, we had 2,000 kids under 15. We provide a teen center and the Vibes School of Rock Teen Stage, where emerging talent performs in front of thousands of people. Sunday (July 22) is family day; those under 15 come free.”

* How did the Grateful Dead move a generation, and those who followed?

“Different set lists each night created distinctly different shows, every time. They took chances on stage and inspired one another, which motivated a new (jam band) art form. They encouraged free recordings of their concerts, and changed the music business.”

It’s a spectacular setting 50 miles from New York City, 370 acres of waterfront beauty and a mile and a half of beach. Where else can you see people dancing in Long Island Sound? It’s a great transit hub with convenient train and bus connections, plus direct ferry service from Long Island.”

* What makes Vibes different from other music festivals?

“Grateful Dead frontman Jerry Garcia was equally inspired by rock, bluegrass, blues, and jazz. We’ve carried on that tradition of diversity with everything from gospel choirs to James Brown, who, by the way, was great to work with. I called him Jim, but contractually he preferred being called Mr. Brown.”

* Peace, love, and entertainment aside, what is Vibes’ core message?

“Come take a break from the insanity that our world is going through—in a land of contagious smiles.”

“Gathering of the Vibes keeps the Deadhead community torch lit. Even for the many who never even saw them, it’s communal kinship for 20,000 people, per day.”

The seventeenth Gathering of the Vibes once again rocks Bridgeport’s Long Island Sound-hugging 370-acre Seaside Park with shaded groves, manicured fields, and more than a mile of beachfront. Vibes balances showcases for local artists (Deep Banana Blackout) and renowned national touring acts like Primus and The Avett Brothers. Sixties icon Wavy Gravy is the enduring Master of Ceremonies. Think Woodstock, if it had 43 years to reinvent itself. Modern groovy, diversified.

In Deadhead mode, 20,000-plus enthusiasts, both campers and daily attendees, traveling from every point on the North American map, thrive within this multi-day spectacle that becomes its own universe. Last summer, this free-capitalism-with-flair environment included Pirates for Hire, a sign-carrying band of five bandana-headed outlaw guys with a knowing glint in their eyes able to right any wrong for a fee. Another sign—$1 Dank Heady Dryness—exemplifies a free market economy made easy. Everything from cocktails and healthy snacks to an expert massage is available in the campsite colonies. 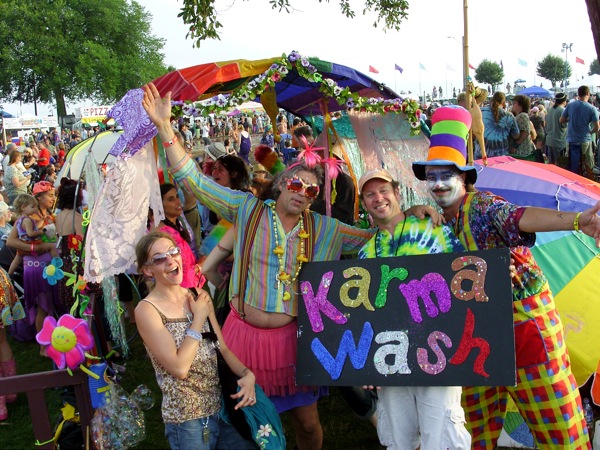 And don’t forget about the nifty Karma Wash, a human energy procession where all of your unproductive energy can be fanned away for free. Not exactly a family golf outing, the Vibe Tribe is sincerely bohemian, a no-tension festival where police sightings are rare, and the ones that are onsite are tapping a foot.

This four-day, high-energy, but zero-violence camping festival with tunes lets you set your clock anywhere on the dial, or just forget about it. All frames of mind and ages are welcome. This is an ideal redefinition of what music festivals should be—bands rocking concert-goers with homegrown grooves shaped by bona fide musical geniuses. These tunes are not manufactured.

Jerry Garcia wasn’t jesting when he called the following-the-Dead phenom, “Your last chance to run away with the circus.” Prepare to dance. As the sun set on the 2008 Vibes gathering, veteran bluesman Taj Majal announced to the crowd, “The city of Bridgeport oughta get a medal for this!”

Visit gatheringofthevibes.com for the chart-busting lineup and information on the July 19-22 sleepover-optional party. Close to Bridgeport Amtrak station; easy access from Long Island via the Port Jefferson ferry. Magic Hat beer provides compostable corn cups for the event, and the GreenVibes Stage is partially powered by the sun. VIP tent available. Children 12 and under will be admitted free when accompanied by a parent.

VIBES GIVING BACK: Since its inception, Gathering of the Vibes and its fans have made giving back a priority and support numerous social causes. In 2011, the Vibe Tribe donated 7,000 pounds of food to the community. In 2010, it raised $25,000 to help families of fallen Bridgeport fire fighters. The Vibe Tribe also donates to local Bridgeport charities, Connecticut Special Olympics, and many other not-for-profit organizations. The festival’s GreenVibes environmental initiatives range from an aggressive on-site recycling campaign to educating fans about current research, development, and progress being made in the field of alternative energy solutions.