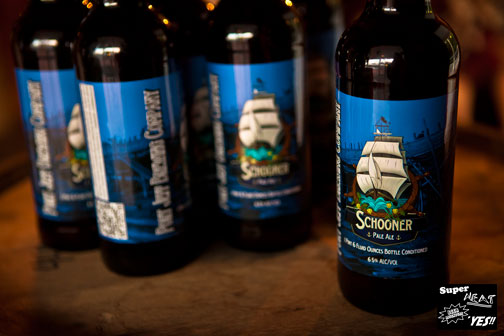 Port Jeff Brewing Company released a bottle-conditioned version of Schooner Ale, the Port Jefferson-based brewery’s citrusy, caramel-foundationed pale ale, on June 27. Available in 22oz, the bottle-conditioned presentation of Schooner Ale is unfiltered when sealed, thus, fermentation is completed within the bottles. This process provides natural carbonation, which differs from filtered beer, where gas is forcibly added.

“We were excited to find that the taste in the bottle-conditioned version is slightly refined from its draft counterpart,” said Michael Philbrick, owner and brewmaster of Port Jeff Brewing Company. “It finishes a little cleaner and the dry-hopping is slightly more apparent.” 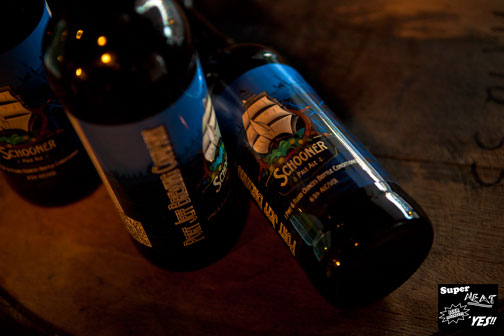 “We released the Schooner as our second in the series after the success we saw with our initial Port Jeff Porter release,” said Philbrick, who also confirmed Dead Ryes Ryes-N-Bok as the next bottle-conditioned beer. “The 22oz bottle gives us the ability to sell the beer in non-draft accounts, and also gives the customer more flexibility that you cannot always get with a growler due to its size and need to be kept cold.”