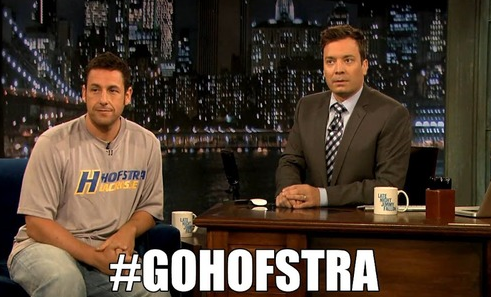 A longtime friend of actor and former Hofstra laxer Peter Dante, Sandler decided to support the Long Island university in grand fashion on national television as he was marketing his new film “That’s My Boy.”

Earlier in the day a photo of Sandler, wearing the same Hofstra shirt, alongside basketball legend Scottie Pippen, surfaced on Twitter. He was also on Conan O’Brien with the shirt.

Dante—check out his IMDB page to see who he is—is a frequent figure in many of Sandler’s films.