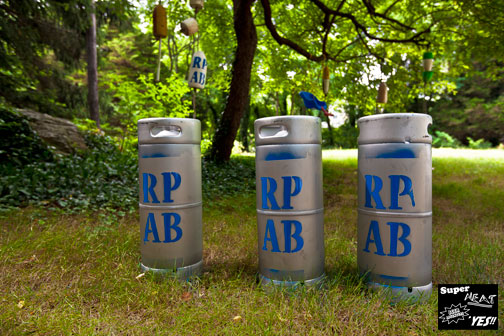 Generated from a homebrewing partnership formed between Hall and Voigt in 2006 (both individuals also founded Long Island Beer & Malt Enthusiasts [LIBME] with Rich Thatcher in 2008), Rocky Point Artisan Brewers obtained complete licensement in June and released Rocky Point Hefeweizen, a bready, cloudcrispclove hefeweizen, on July 07. A Richie Rich, chocolate-bodied schwarzbier was sampled during the visit for this entry, and will be poured at Rocky Point Artisan Brewers’ launch party at DEKS American Restaurant on July 27.

Donavan Hall: “Rocky Point Artisan Brewers is Mike Voigt, Yuri Janssen, and Donavan Hall. We are all brewers, all equal, and all everything.” 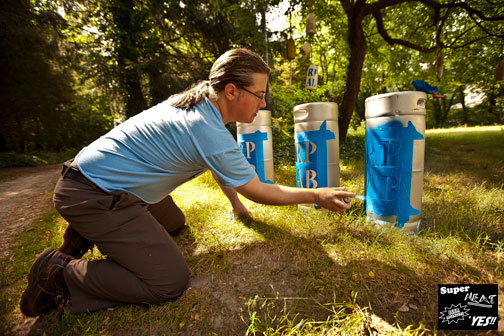 Donavan Hall: “We started the business in 2009. We received our state license in June 2012, and our first beer, Rocky Point Hefeweizen, went on tap in July 2012 at DEKS American Restaurant and Thrifty Beverage Centers. The short story is that Mike and I started homebrewing together in 2006, and three years later, Mike asked if I would join him on the adventure of becoming a professional brewer. I said yes. Obviously. I met Yuri in 2008 and brought him to a Brewer’s East End Revival (B.E.E.R.) meeting, which is a local homebrew club on Long Island. He showed me how to brew small batches of beer, less than 5 gallons. I helped Mike brew a few times in 2005, but it looks like I considered myself an assistant up until May 2006, when I started to try to influence Mike more. After April 2008, I stopped brewing at my house and focused my brewing efforts on using the space we currently occupy on Hallock Landing Road. Mike and I brewed our first batch of Hefeweizen together in May 2008, and now it’s on tap at DEKS American Restaurant and Thrifty Beverage Centers. Persistence pays.”

Mike Voigt: “I got into brewing because of a love of beer. It was just something I thought I needed to do. As a way to understand beer from the inside out. Then I realized it was more than just a hobby. Besides making my friends happy with the beer I created, I had made many new ones including Donavan and Yuri. I never actually thought about a career in brewing until after I met Donavan. I can’t remember the exact spark that made us form a brewery, but I am sure glade we did. The journey to actually becoming fully licensed was an exercise in patience, however it gave us more than ample time to really refine our craft.”

Donavan Hall: “The brewery is located in Rocky Point, which was important to all of us since we live in Rocky Point and wanted to make our little village the focus of our efforts. Being a nano-brewery means that we aren’t going to be making large quantities of beer for transporting far away, so we would like to encourage everyone in Rocky Point to get behind our beer, claim it as their own, and regard it as something they can be proud of. We want it to represent Rocky Point and it’s long tradition as a beer drinking town.” 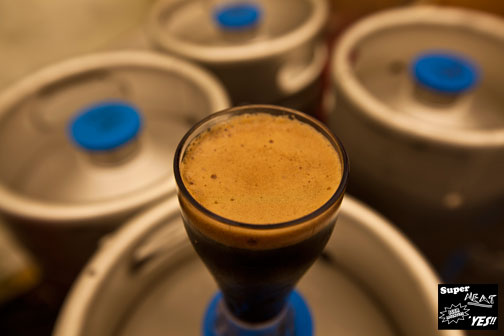 Donavan Hall: “One of the reasons we’ve decided to focus on German-style lagers is that we hope the average beer drinker will find our pilsner appealing. We will definitely be making some beers for the aficionados, but we want the ‘common person’ to view us as an alternative to buying the major label stuff. At the grand opening at DEKS American Restaurant, we will have Summer Lager, a version of our pilsner that has an addition of wheat and is more hoppy than average pilsners, Schwarzbier, and another lager which is a Munich-Vienna hybrid. We brew 1.3 barrels, or 40.3 gallons of beer, at a time.”

Yuri Janssen: “We cover many lager styles, like pilsner, helles, maibock, and Oktoberfest-style. We also cover English-style IPAs, ESBs, red ales, tripels, dubbels, saisons, and any style that we come up with or just have not had in a long time and are often unable to purchase.”

Donavan Hall: “We plan on staying small and focused on our community, though, as we learn more about the brewing business we are open to making adjustments, like a more visible brewery location and a larger brewing system. But that will be several years down the road. We think it is important for us to brew the beer ourselves in small enough quantities that we can manage every aspect of the process up to the point that it goes to the craft beer bar or beer store. Each of our beers are special creations, the result of a three-way collaboration. Each of our beers have their own character and are recognizable as coming from our unique brewery. We spent three-plus
years developing our brewing process and techniques so that we can make beers that are identifiable as our own yet are always a little different and will hopefully keep our fellow beer drinkers interested in what we are brewing. Our idea is to help make Long Island into the most interesting, most diverse craft beer destination in the United States.”

Yuri Janssen: “I think we are here to serve our local community with fresh and very drinkable beer. We make very accessible beers, like lagers, that are not very commonly available from microbrewers, as well as unique lagers and ales that will please the beer-geek. One of our fortes is our ability to make beers that provide a good balance between malt, hops, and yeast.” 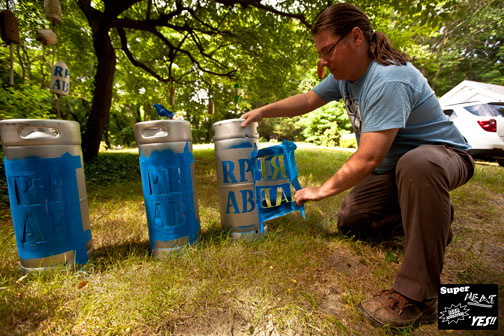 Donavan Hall: “I don’t eat breakfast cereal, but if I did I would go for Grape-Nuts, since it’s made from barley, my
favorite fruit.”