When I was a budding freshman at Virginia’s Lynchburg College, term papers were still being pounded out on 30-pound typewriters. My fall break was a hitchhike along the entire 469-mile Blue Ridge Parkway, the meandering link between the Shenandoah and Great Smoky Mountains. I revisited an epic stretch of the winding, quiet two-lane road connecting Northern Virginia and Western North Carolina because this High Country is where people still run for the hills.

BOONE (elevation 3,333), was once an inaccessible mountain town in Northwest North Carolina, hence “The best way to get to Boone is to be born there.” Deftly balancing old-time Southern charm and ecological sustainability, the green movement is here, and windmills are beginning to grace the undulating horizon. The former Daniel Boone hangout is home to Appalachian State University, whose football team made global headlines when they beat the University of Michigan in 2007. Thereafter, university applications tripled. 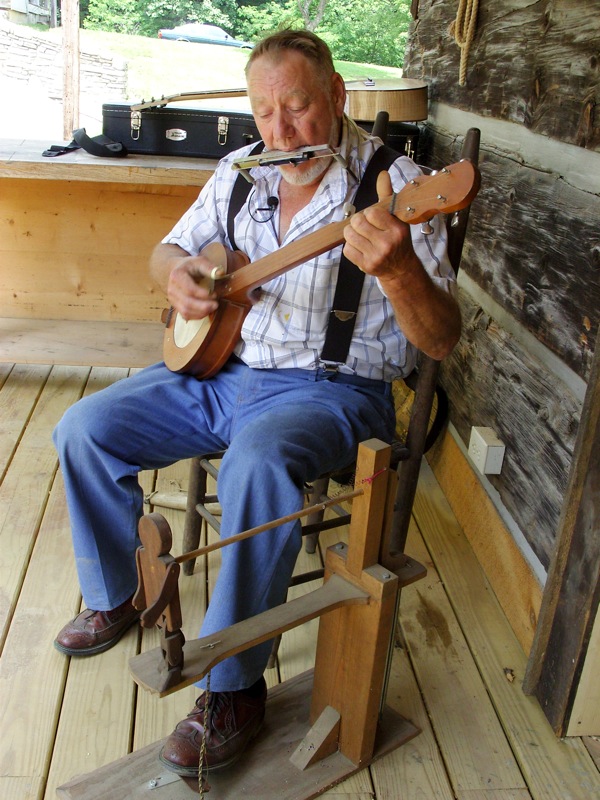 The surrounding region is Mecca for “before ‘lectric powah” archetypal bluegrass music. There’s no need for any folk revivals here, around random corners you’ll meet people picking early American fretless banjos, accompanied by guitars, fiddles, or harmonicas. This is also ground zero for hog-calling legends and cloggers (a.k.a. country tap-dancers).

“As crazy as a duck in a thunderstorm…”

Joe Miller, part owner of Boone Drug and founder of Cheap Joe’s, a global art supply company, was literally born on the sidewalk under the Boone Drug sign (which makes answering ‘what sign are you?’ a cinch). The ex-pharmacist and water colorist enjoys southern-style business models where courtesy wins, not greed.

Travel writer Charles Kuralt called Boone’s Mast General Store the heart and soul of the south. The multi-room store is on the National Register of Historic Places because it’s not budging from its 1884 origins. You can read a book there, or buy everything from molasses to high-tech hiking gear.

ASHE COUNTY, the Christmas tree province, frequently supplies the White House’s tree. It also boasts several gems, including artsy West Jefferson, a sleepy valley town that will likely double in size by 2020 (as urbanites give up on cement), and Glendale Springs Holy Trinity Church, a stop on the Ben Long Fresco Trail that’s open for mediation 24/7. 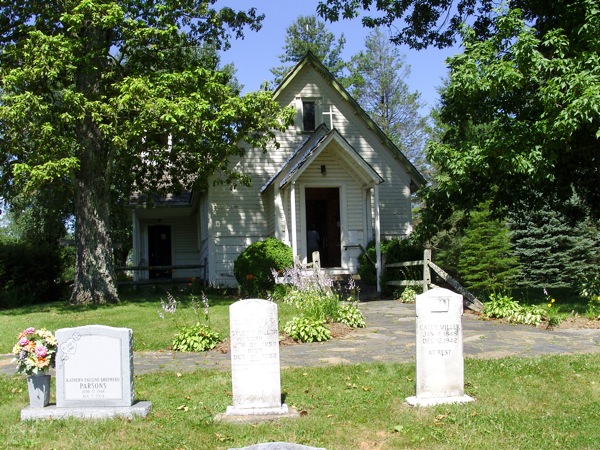 Nearby, Grassy Creek’s River House serves as a comfortable place for visitors to call home. Set on 160 acres, its nine rooms include a lavishly renovated chicken coop and a divine space previously used a cattle weigh station. It flanks the New River, one of our rare waterways, like the Nile, that flows north—and behind the Nile, is the world’s second oldest river. The epic front porch of the main house has eight rocking chairs that overlook the river, and hearken to a simpler time. Guests can opt for a leisurely downriver kayak excursion that earns them rocking chair time and a glass of fine wine. Owner Gayle Winston, a tenth generation Ashe County native and Manhattan resident and Broadway patron from 1953 to 1973, oversees the country kitchen’s gourmet dining and wine sampling in her living room. The River House defines North Carolina mountain royalty.

The landscape of a county that is the second largest Christmas tree producer after the entire state of Washington strives beyond native Fraser Firs; deciduous trees are an even match for the rolling rows of conifers. Indian legends survive here because when times are rough, it helps to heed the lessons of an American civilization that survived 11,000 years.

An Indian didn’t actually say that—one of the old guys in Boone Drug did.

THE BLUE RIDGE PARKWAY evolved from President Roosevelt’s New Deal proposal for a system of parkways to link historic and beautiful sites. Local U.S. Congressman “Farmer Bob” Daughton, who served from 1911 to 1953 and chaired the powerful Ways and Means Committee, allegedly manipulated President Roosevelt’s Works Progress Administration for a New Deal deal. Daughton, whose Laurel Springs home still borders the Blue Ridge Parkway (and is a bed and breakfast called Daughton Hall), thought that Social Security would make elders lazy, but was swayed to vote for it when Roosevelt helped steer the parkway through Alleghany County instead of nearby parts of Virginia and Tennessee. 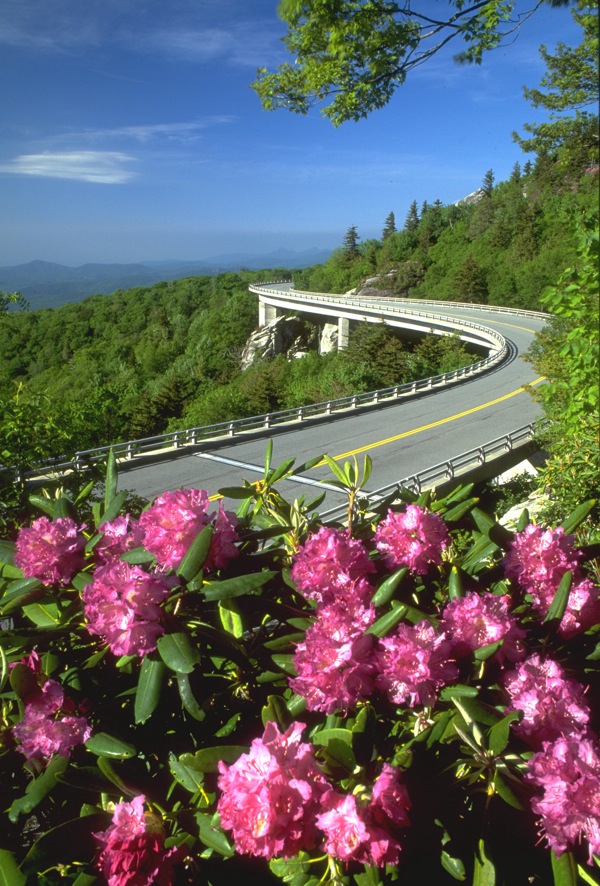 Ground was broken on the Blue Ridge Parkway on September 11, 1935, at Cumberland Knob in Alleghany County. The remarkable roadway was completed in 1967, though eight miles remained incomplete around foreboding Grandfather Mountain. The Linn Cove Viaduct at milepost 305, suspended along the mountain face and designed to protect the delicate environment, was not finished until September 1987.

Mile-high Grandfather Mountain, a popular climb or drive offering stunning views and the option for a sandwich, also has a splendid zoo. The above-and-below water torpedo-swimming otter exhibit is one of the best zoo showcases I’ve ever seen. There’s also a panther habitat (panthers, unlike similarly sized tigers, are always one uniform color) and several compliant bears adeptly catching bear food-nuggets tossed by patrons into their mouths like they’re at a bear frat party.

North Carolina’s High Country is a sprinkling of arts colonies in Blue Ridge Mountain valleys where Scots-Irish immigrants bred the legend of bluegrass and firm handshake hospitality and the tales that bless them. A detour up here definitely beats eating crackers through a screen.

“When a man is happy he does not hear the clock strike.” —Scots-Irish Proverb

Boone lodging, plus things to do, are on www.ExploreBooneArea.com

Joe Cafaro, born and raised in Brooklyn, has a New York deli and vintage Italian restaurant side-by-side in Boone, www.JoesItalianKitchen.com

The River House’s annual Wine Fest is in July, www.riverhousenc.com

If transiting through Charlotte, NC (they call themselves Charlotteans), check out the swank, downtown Aloft Hotel (a W property), www.aloftcharlotteuptown.com